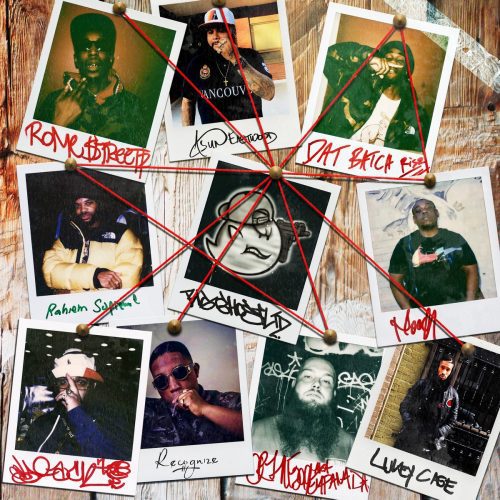 Big Ghost Ltd. is an anonymous online personality who blew up in 2011 as a blogger. He eventually started making beats in 2015, going on to produce projects for Hall ‘N Nash, Vic Spencer, Hus Kingpin, Crimeapple & even Ghostface Killah just to name a few. The man has started 2020 strong by releasing 3 singles in the past week & continuing the grind with his full-length debut.

After the “Division 1” intro by Lukey Cage, we get into the first song “Murder at the Opera”. Where Estee Nack, Recognize Ali, Mooch, Rigz, Asun Eastwood & Crimeapple go at people who act tough over a boom bap beat with a mesmerizing vocal sample. The next track “Goon Etiquette” by Rome Streetz, Asun & Recognize speaks for itself over a grim instrumental while “The Elegy” by Rahiem Supreme, Mooch, Rigz & Rome gets homicidal over a funereal instrumental. After the “Iz Real” interlude, the song “Fake My Death” by Recognize, Rahiem, Rome & Estee sees the 4 bragging over an Alchemist-inspired instrumental.

The track “Paper Plane Lords” by Estee, Recognize & Asun although still solid could’ve been stretched out a bit longer while the song “Gladiator School” is an epic 6 & a half minute barfest. The track “Benghazi Emporium” by Al.Divino, Estee & Rahiem gets mafioso over a dire instrumental while the song “Clyde Frazier Minks” by Crimeapple, Estee, Recognize, Rahiem, Asun, Rome, Rigz & Mooch is another epic posse cut in vein of “Gladiator School”. The song “Hate to Love” is a reminder of how impeccable Mooch & Rigz’ chemistry is similar to their latest collab album The Only Way Out & before “The Abyss” outro, the final song “Bricks in the Futon” by Asun, Recognize, Mooch, Rigz & Rome talks about pushing coke over a spiritual-like instrumental.

Of all the recent producer-curated projects, this is easily one of the best ones out right now. Big Ghost manages to fantastically showcase some of the illest lyricists in the underground currently & his production is becoming grimier with each release. There’s no doubt in my mind that we’re gonna be getting more music from him later on in the year as he said on Instagram that “this is only the beginning” & this is a great way to kick off 2020. 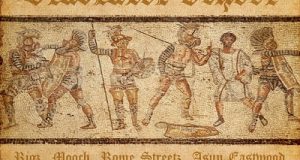 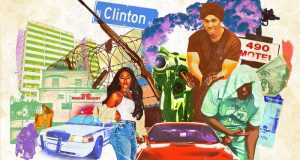 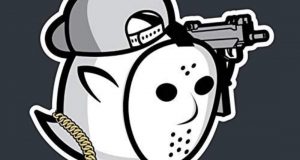