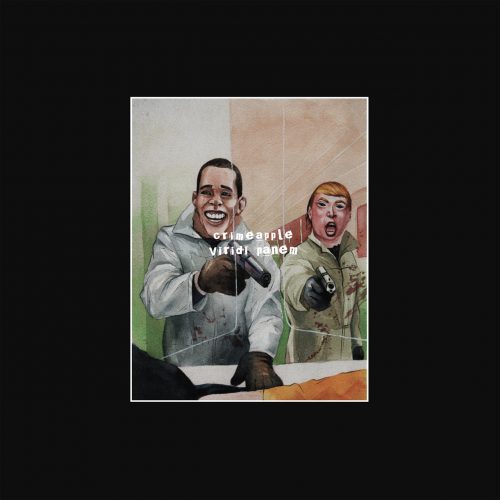 This is the 8th EP from rising New Jersey spitter Crimeapple, who first blew up in the underground with his Sweet Dreams EP that dropped on Halloween a couple years ago. This was followed up with his Big Ghost Ltd.-produced debut Aguardiente the following year but if dropping Wet Dirt with DJ Skizz & Medallo with DJ Muggs wasn’t enough for Crimeapple in 2019, he’s decided to close out 2019 with Viridi Panem.

After the “Initium” intro, we go into the first song “Lupos”. Where Crimeapple talks about being the greatest over a demented boom bap beat. The next track “Entenmann’s” compares the cocaine he’s pushing to the titular donut shop over a cavernous boom bap beat while the song “D’Angelo Vickers” gets mafioso over a gritty beat.

The track “Alium” gets romantic over a slow yet eerie instrumental while the song “Phil Spectre” goes at his competition over a ghostly instrumental. The penultimate track “Dead Gringos” of course gets murderous over an ambient/boom bap fusion & then the EP ends with “Time to Go”, where Crimeapple brags over a soulful instrumental.

This is yet another example of why Crimeapple is one of the best MCs in the underground right now. His lyricism continues to stay grittier with each release & even the production from Buck Dudley is pretty hard as well. 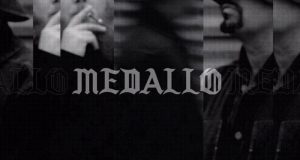 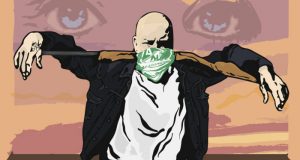