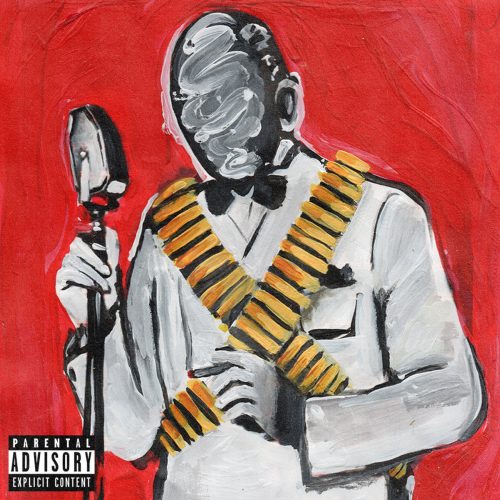 This is the brand new album from Massachusetts emcee Estee Nack. A member of Tragic Allies, his 2015 solo debut 14 Forms: The Book of Estee Nack would reveal himself as the group’s breakout member & he has released a plethora of projects since then including Surfinongold.wav & Papitas. But after starting off his 2020 with #MiniMansion4, he’s now teaming up with Superior for Baladas.

The album kicks off with “Sammy Sosa Clean Coca”, where Estee gives some brief street knowledge over some strings & a vocal sample. The next song “Tell the Truth & Shame the Devil” talks about being a God over an instrumental with a prominent organ lead while the track “A Rock & a Hard Place” with Eto sees the 2 getting murderous over a cool saxophone sample. The song “Pop Rock Classics” with Daniel Son sees the 2 getting mafioso over an atmospheric instrumental while the track “Infinite Black Mind” gets in the faces of his competition over a psychedelic beat. The song “Ballads for the Brilliant” with Recognize Ali & Ice Lord sees the 3 getting on the five-percenter tip over a symphonic instrumental.

The track “Mango Marmalade” continues to belittle those who try to oppose him over a pretty woodwind instrumental while the song “Launch the Boat Off a Key West” over a boom bap beat. The track “Wisdom” definitely lives up to it’s name lyrically & the dream-like instrumental is great, but the Codenine feature is just ok. The song “Plegaria a un Sicario” with Ice Lord is straight up homicidal & the orchestral sample in the instrumental is a nice touch also. The album then finishes with “Yola”, where Estee talks about cocaine & the guitar instrumental on here is killer!

Dude’s discography is nothing short of consistent & this is a fine addition to it. Couple of the features were a bit spotty, but Estee’s lyricism has continuously progressed over time & Superior’s production fits him in pretty nicely.