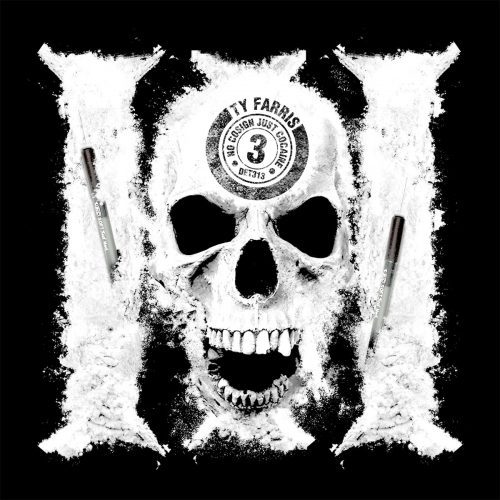 Ty Farris is a veteran MC from Detroit, Michigan that originally started under the name T-Flame. Despite being featured a lot throughout the mid-2000’s, it wouldn’t be until 2009 that he would start putting out solo stuff at a prolific rate. This includes Tyrant, The Barcode, Room 39, Ramen Noodle Nights & No Cosign Just Cocaine (to which this new project serves the latest installment of).

After the “Addiction, Crime & Death” intro, the first song “1 of 1” talks about pushing over some prominent horns. The track “Ride Thru the Jungle” describes life in Detroit over an eerie instrumental while the song “No Receipt, No Return” recalls his adolescence over a ghostly instrumental. The track “Black Mamba Venom” finds Ty talking about how lethal his pen-game & even though Stu Bangas‘ production gives me somewhat of a Hawaiian feeling, it’s still very dope. The track “Money Outta the Ziplock” with Eddie Kaine sees the 2 getting combative over a demented boom bap beat while the song “Killing Fields” details his upbringings over a grisly instrumental.

The track “Sunday with Dirty Diggs” with Eto sees the 2 briefly fusing their gritty lyricism with this calming instrumental from none other than Dirty Diggs himself while the song “Had to Scheme” with Flee Lord sees the 2 talking about finding a way to make money over a super grimy instrumental. The track “I Pray” talks about hoping to have a better day over a somber instrumental while “The War” with M.A.V. sees the 2  comparing & contrasting them & their competition over some horns & a soul sample. The song “Truth Be Told” gets confessional over an atmospheric Stu Bangas beat while the penultimate track “Made My Grandmomma Cry” talks about the life he lives over a spacey beat. The tape then finishes with “Who I Am”, where Ty talks about the person he has become today over a chilled-out instrumental.

If this is the final installment of the NCJC trilogy, then it’s a solid conclusion & I think it serves as a reminder that Ty is one of the illest MCs in the Detroit underground. I really enjoy how he fused together elements of it’s 2 predecessors into just 1. 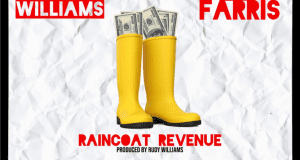