Ace the Legynd is a 23 year old MC from Hempstead, New York who came up a couple years back off his debut EP Lone Wolf Pack. He would follow it up a year & a half later with his 2nd EP Skar Tissue but to commemorate the 1-year anniversary of that project & his birthday being a couple days after, Ace is returning in the form of his full-length debut.

“Karasu” is a soulful opener talking about seeing devils & angels as the same whereas “Marvin” takes an upbeat trap route reflecting on why his hometown hasn’t been the same since he was 12 years old. “Dreams Come True” brings back the soul samples talking about dreaming he could buy his way to heaven leading into Cash Johnson tagging along for the funky “No Weapon” encouraging not to get slain.

Meanwhile on “Espionage”, we have Ace & Alpha Rellix grimly coming together to talk about being more focused than ever just before the F50-assisted “Wild Love” incorporates some chilling background vocals & hand claps calling out those trying to revoke his funds. “Medal of Honor” brings some pianos into the mix telling everyone to stay in their lane, but then “Sheep’s Clothing” cinematically opens up as to why he can’t lose.

“Post Traumatics” with Dre Smoove mixes some keys & soul samples to talk about how it’s been a minute while the song “Howlin’ at the Moon, Pt. 2” is a worthy sequel to my favorite joint off Lone Wolf Pack from the dusty production to the subject matter confessing he never thought he’d attend a funeral through Zoom. The penultimate track “Stained Glass” pulls some R&B influences confessing he’s living life too fast & “Red Tears” ends the album continues to delve deeper into the melodic side of things talking about having a bounty put onto his soul.

For a full-length debut, I’m very impressed with how W.O.L.F. (What if Our Lives Failed?) introduces the world to Ace as a person & am interested to hear where he goes from here. The production is incredibly detailed & I admire the way he acknowledges the struggles with mortality coming from the places that we do from his very own perspective.

Tagged with: Ace the Legynd 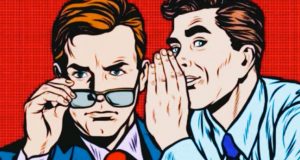