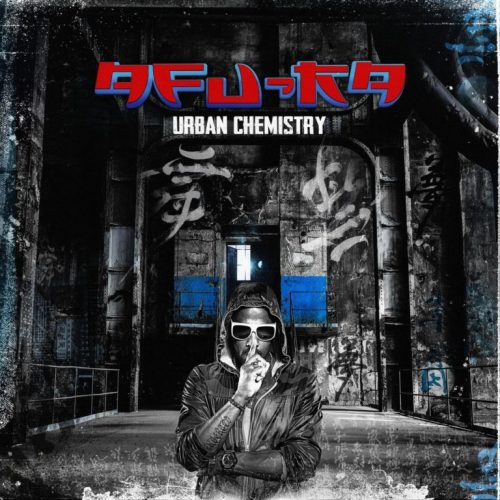 This is the 6th full-length album from New York veteran Afu-Ra. His 2000 debut Body of the Life Force is widely considered to be an underground classic & the 2002 follow-up Life Force Radio was pretty solid to me as well. Last time we heard from Afu was in late 2018 with Mazterchef & now, he’s back with Urban Chemistry.

The album kicks off with “Unstop”, where Afu links up with Starrlight talking about how untouchable they are over a symphonic instrumental. The next song “Kiss the Pain” with Myriam Sow sees the 2 getting romantic over a buttery instrumental while the title track with Big Shug & Keny Arkana finds the 3 talking about playin’ to win over a rock-influenced beat. The song “Reign on Me” with Mann gets conscious over a boom bap beat with a bit of an early-2000’s Dr. Dre influenced to it while the track “Veni Vedi Vici” with Gavlyn talks about how both of them rose to stardom over a soulful beat.

The song “War Chemicals” with Stranjah Miller gets back on the conscious tip over a reggae infused trap beat while the track “Body’s Jumping” with Célia Kameni is a motivational piece backed with the perfect instrumental. The song “Take Me Along” with Taïro talks about elevation over a Caribbean instrumental while the track “Therapy” with LMK gets more spiritual over a dystopian beat. The song “Be Strong” with Dave Dario speaks for itself over a somber piano instrumental while the track “Lyrics Fly” with Lord Kossity is them showing off their penmanship over a boom bap beat with sample that sounds like it was taken from a Kung Fu flick.

The song “Molecular” with Jah Mason & Rocca sees the 3 talking about how it’s a big world out there over a beat with a Latin-flavored guitar throughout while the track “Lion Science” with Sr. Wilson is another reggae cut much like “War Chemicals” except this one has a more traditional feeling to it. The song “Money Change” with Skarra Mucci is pretty much about how currency can really effect one another over a Scott Storch inspired beat while the track “Firetricity” with Sizzla talks about babylon over a tense instrumental.

The song “Rise Up” with Lyricson gets back on the inspirational vibes over a colorful instrumental & while I like how the penultimate track “Me & My Sensei” with Charly B finds the 2 talking about how they always rep hip hop from New York to Paris, the beat is just ok to me. Then there’s the closer “I Try”, where Afu talks about how we need love every day & the instrumental really enhances the emotion.

It’s a decent album overall. I understand & really like the concept of him making a project showcasing the talents of artists from all over the world, but their contributions can be hit or miss with me at times & I can say the same thing about some of the production as well. 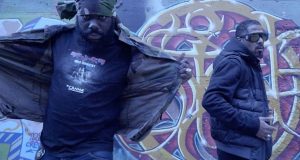 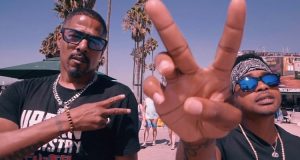 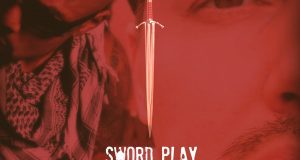