This is the latest full-length album from Massachusetts emcee/producer al.divino. For the last 4-5 years, the dude has been steadily dropping music ranging from the Dump Gawd: Divino Edition duology to the Futurewave-produced Kataklizm & the DJ Muggs-produced Kilogram. He’s also dropped a total 6 EPs & 2 mixtapes throughout 2021, but they’ve have been either hit or miss unfortunately. That being said though, I was undeniably excited for 2 Nights in Marrakesh given that one of my favorite producers in recent memory Big Ghost Ltd. was lacing the whole thing from front to back.

“Locusts” is a disgustingly ill opener weaving in a bare guitar loop talking about he’s trying to get rich than drunk whereas “Premium Octane” gets on the hustler shit & the jazzy production is super fresh to me. “Aqua Pyro” goes on to tell the listeners to trust what he rights with a fittingly Hellish tone to the instrumental, but then “Derelict Wisdom” talks about wetting up the block & the drumless beat enhances the seriousness of it to me.

Meanwhile on “Fuck the Covenant”, we have al.divino just going in on top of another guitar wailing in the background proclaiming himself as a product of the ghetto leading into the “Alhambra” interlude which has some dope vibraphone embellishments. I like how “Drunken Monk” sounds like something from a blaxploitation chase scene spitting that blick talk just before “Estevanico” brings in some soothing horns calling out those tough talking through cyber space.

The penultimate track “Malevolence” perfectly lives up to it’s name lyrically & the instrumental that Big Ghost brings to the table send chills straight down your spine. “Byzantine Slang” then finishes the album off on a more calmer note sonically wisely & compellingly encouraging to teach the babies.

To me, this is the most consistent divino project I’ve heard since Kilo. My only real complaint about it is that it could’ve used a feature or 2 because it can be a tad bit 1-dimensional as far as the rapping goes, but he really sounds focused & it’s very interesting for Big Ghost to go into a more Moroccan-inspired sound through his production. 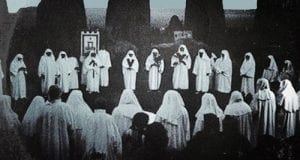 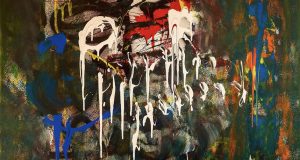 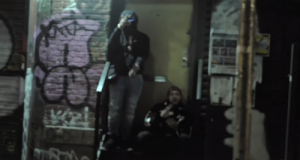