Underground hip-hop titans Atmosphere revealed an exclusive merch drop, GodLovesUgly Reprise: The Anniversary Collection, in honor of the 20th birthday of their seminal third LP, God Loves Ugly. Rhymesayers Entertainment notably designed the collection with the help of Chris Gliebe (aka Devi), who was the orignal designer of the popular “Hardcore” logo. “We wanted to fuse two fan-favorites together and create a form of rebirth, so we tapped Chris Gliebe once more to re-imagine the God Loves Ugly title to be stylized like the popular “Hardcore” logo, and he didn’t disappoint!” says the team at Rhymesayers. GodLovesUgly Reprise: The Anniversary Collection is available for pre-order, with a number of limited items.

God Loves Ugly initially arrived on June 11, 2002. It notably bowed at #1 on the Billboard Heatseekers Chart, and sold 30,000 copies upon its release. The group went on to celebrate the record with a series of seven sold-out release parties in five major cities. It paved the way for the God Loves Ugly Tour, which saw them perform 64 shows over the course of 71 days throughout North America. Earning critical acclaim, AV Club wrote, “Slug proves yet again on God Loves Ugly that the bravest move a rapper can make is simply to be himself.” Indicative of the record’s sustained influence, Zeds Dead and Subtronics served up an official remix of the title track “GodLovesUgly” in 2020, and it has impressively cracked over 9 million Spotify streams and counting. 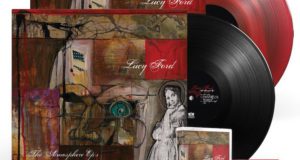 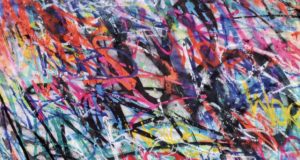