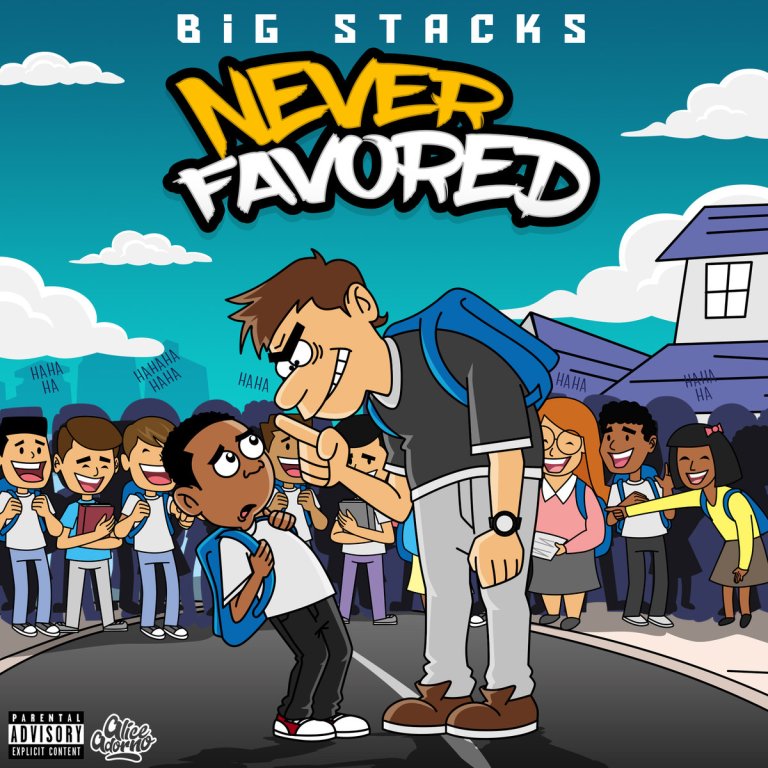 New Jersey-based producer/recording artist Big Stacks is ready to go all in and secure a big win in his career. With his best hand yet, Stacks shows us his cards on the release of his new project, titled, Never Favored.

15 tracks via Stacks Be Diggin’ Music, the new album features an all-star cast of Phill Most Wanted, Big Ghate, Soma from G.U.N., Nite Tyme, and Godxilla. Never Favored is described as a “bucket list” item for the recording artist. Representing true artistic integrity in that the content is authentic. The first time Big Stacks wrote a full song and his first time making a full-length album. Big Stacks comments putting his heart and soul into this project as he rallied up many of his frequent collaborators.

Being his first attempt as a wordsmith, Big Stacks takes his time on the debut and doesn’t play himself on the mic. Refraining from temptation, smart how Big Stacks differs control of superior lyricism to his guests to keep a steady consistency of formidable bars. Trying his hand at lyricism, Big Stacks doesn’t become addicted to the rhymes as he provides the fulfilling substance of Hip-Hop.

True grit, Never Favored interjects a pathway to legitimacy with its superior production and valid lyricism. The project establishes pride, notability, and above the norm. A gift for many of today’s Hip-Hop enthusiasts that bridge the gap between the past and present as Big Stacks secures a bright future.