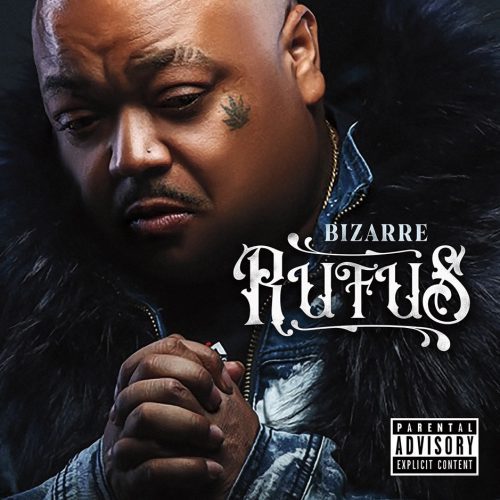 This is the 4th studio album from Detroit rapper Bizarre, who is widely known for being a member of the now defunct D12. He was one of the first members of the group to already have an established solo career, as his 1998 EP Attack of the Weirdos as well as his 2005 debut album Hannicap Circus are hometown classics in my eyes. Last time we heard from him in a full-length capacity was in 2010 with Friday Night at St. Andrews but after years of focusing on mixtapes & more recently the duo L.A.R.S. with King Gordy, he’s back with his first studio album in 9 years with Rufus.

The opener “RIP Bizarre” talks about how wild he is over a woozy instrumental, but then it cuts into a spoken word piece where he announces that the Bizarre character will be out the window for a while. The intro is an auto-tune trap ballad about all the drugs he does while the song “Day in the Hood” talks about what it’s like living in Detroit over a haunting trap beat. The track “Puffin'” with Danny Mellz & Wack Rac sees the 3 of course talking about weed over a nocturnal beat while the song “Grandmom” is an endearing tribute to Biz’s late grandmother.

The track “Wish I Was High” is an hallucinogenic banger about wanting to be under the influence & while I like the bass-heavy instrumental on the song “Dope Fiend”, Biz’s whispery delivery doesn’t do it for me. The track “Leatherface” finds L.A.R.S getting with Lazarus & Hopsin to deliver an epically grimy horrorcore cut while the song “Get Hi” talks about his love for weed over an intoxicating beat. The track “Treat Yourself” talks about appreciating the simple things in life & not letting the world bring you down over a skeletal instrumental whereas the song “Late Night” with Oba Rowland is an awkward attempt at a “sexy” radio hit.

The track “Lose Weight” talks about wanting to live a healthier lifestyle after recently being diagnosed with diabetes over a soulful instrumental while the song “Man on a Mission” with Danny Mellz & Tay Kova sees the 3 talking about ruff riding over a druggy trap beat. The track “Petty” with former D12 bandmate dEnAuN sees the 2 talking about being just that over a stripped back instrumental while the song “Step Father” is a dedication to all the stepfathers out there backed with a rich instrumental & while the song “Free” talks about being relieved, the beat is nondescript.

The track “My Daughter” talks about not wanting to be a bad father over a vibraphone-inflicted trap beat whereas the song “Breathe Deep” talks about being on the verge of a panic attack over a grim instrumental. The track “Marijuana” needs no further explanation lyrically although I do like the vibrant production while the penultimate track “Bizarre Back / Have You Ever” starts off with a spoken word piece announcing the return of the Bizarre character & then he busts in asking rhetorical questions over a dazing instrumental. Then there’s the closer “Fans”, where Biz invites a handful of independent rappers on to showcase their talents.

This is actually a pretty solid effort from Biz overall. Sure it’s 80 minutes long & there are some cuts on here that I can personally do without, but it’s a nice change of pace as he spends a good 95% of the time telling you who he really is as a person & where he’s at now. 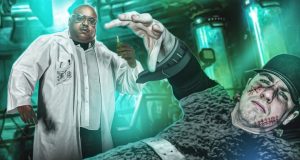 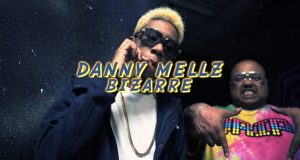 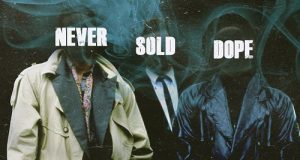