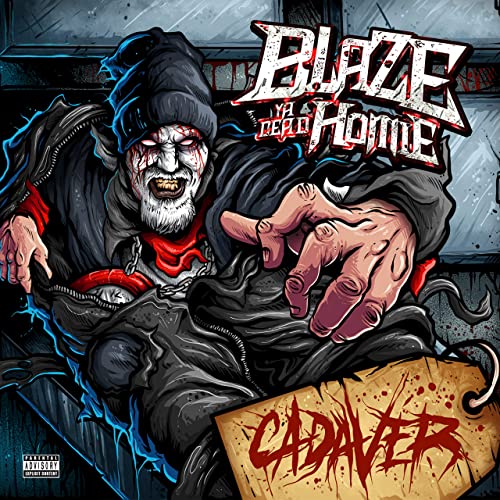 Blaze Ya Dead Homie is a 44 year old MC from Mt. Clemens, Michigan who came up as a part of the duo 2 Krazy Devils. After their demise, Twiztid brought him onto the Insane Clown Posse’s radar in 1998 & signed him to Psychopathic Records. Eventually, his eponymous debut EP in 2000 & his full-length debut 1 Less G n da Hood the following year would both go on to become some of the greatest releases on the label. He would go on to release 3 more albums on Psychopathic before leaving in 2013 to form his own label Grundy Entertainment & join Majik Ninja Entertainment the year after that. Last we heard from Blaze was in 2016 when he dropped The Casket Factory but on the day of 1 Less G’s 19 year anniversary, he’s back with his 7th full-length album.

The opener “I’m a G” talks about being himself over a nocturnal beat from Godsynth & after the “Unplug” skit, the next song “Tore Down” with Monoxide sees the 2 partying over a lively instrumental from Fritz the Cat. The track “They Say” talks about being a killer on the low over a Young Wicked beat that has a creepy atmosphere to it while the song “Be My Guest” takes you through a mausoleum over an instrumental that almost had a bit of a West Coast feel.

The song “Summer Breeze” gets introspective over a uptempo beat & after the “PSA from Ya Dead Homie” skit, the track “Back Window” talks about staying the same over a boom bap beat with some keys. The song “Get It Lit” with Jamie Madrox sees the 2 taking about getting fucked up over a weary instrumental while the track “Watery Grave” talks about sending his haters to Hell over a chilling beat.

The song “I’m Dead” talks about being a renegade over a spacious instrumental with some sick guitar-playing during the hook while the track “Dead Man Boogie” is a Drive-By reunion talking about popping slugs over a vibrant beat with some strings. The song “Let It Out” talks about not wanting poison in his soul over an electronic instrumental while the penultimate song “God Don’t Like Ugly” with Boondox & Lex the Hex Master finds the 3 talking about hateful people over a rap metal beat. Then after the “Cursed” skit, the closer “The Light” talks about being trapped in darkness over an abrasive instrumental.

The Dead Man has never dropped anything that I disliked, so I was very excited going into this new album over here. And at the end, I’m impressed with what I’ve heard & just shows how consistent he’s bene throughout his career. His pen-game‘s still as strong as it is was 20 years ago on his debut EP, the production bangs & the features all come correct as well.

Tagged with: Blaze Ya Dead Homie 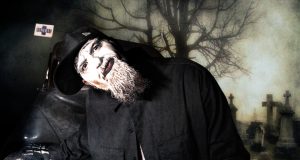 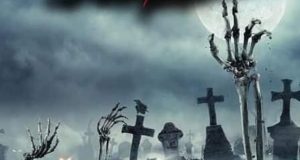 Blaze Ya Dead Homie – “Be My Guest” 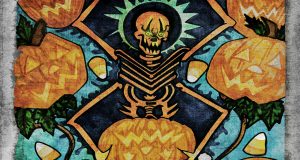