Blizzard is a 29 year old artist from Detroit, Michigan notable for co-founding the Yung Fam Mafia back in 2007 & more recently becoming an in-house producer for Middle Finger Music a little while after it’s inception. But to celebrate his born day, he’s treating fans to a full-length debut showcasing his production skills & bringing along a promising lineup of local MCs.

After the “Tao of Death” intro, the title track by Aztek the Barfly & Kid Vishis starts the album off with some angry battle bars on top of dusty drums & a haunting soul sample whereas “Flying Guillotine” by J-Classic & Ty Farris eerily proclaims themselves as the last of a dying breed. “Barrage of Tigers” by the Twin Towers vaingloriously stomps at their opposition’s necks leading into an operatic instrumental being worked in on “8 Gates” for Big Herk, Hatch & P.L. to talk their shit.

Meanwhile on “Lotus Leaf”, we have Blizzard taking things into a jazzier direction as A-Minus & Finale to talk about letting the hate in their hearts go just before the piano-tinged “Drunken Boxing” by Bang Belushi & Vstylez speaks on holding it down for their city. “Konichi Death Squad” by Crimson Alchemist & Miz Korona brings in some horns to quench for blood, but then “Pray 4 Death” by Spoda uncannily gets on his ignorant shit.

The song “Praying Mantis” by 2 Door Coupé has a bit of a chipmunk soul flare reminding everyone that Middle Finger Music is taking over the game while the penultimate track “Shaolin Slummz” by Guilty Simpson briefly but powerfully details what it’s like in his hood. “Like Water” by Isaac Castor & even Blizzard himself then finishes the album off on some spacey boom bap shit saying this ain’t for amateurs.

Of all the producer albums that I’ve heard this year, I think Duel with Death could very well be the best one of them all. I love that Blizzard demonstrates his versatility behind the boards & how he brought in everyone from the OGs to the newcomers to let them do what they do best on the mic. 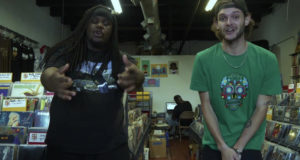 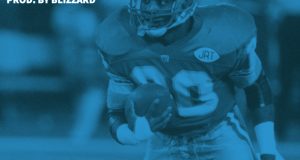 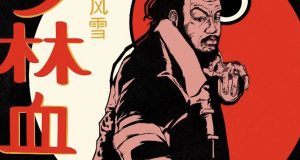