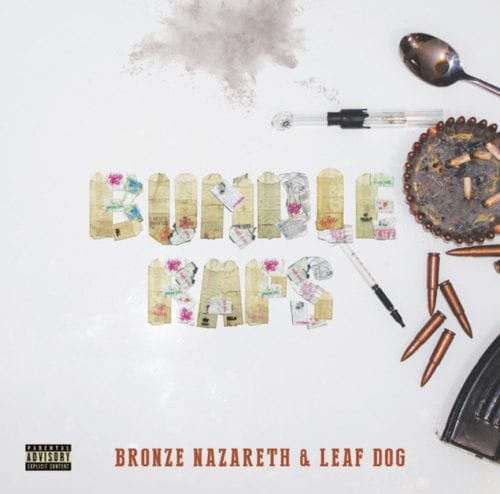 Bronze Nazareth is a 41 year old MC/producer from Detroit, Michigan who started out as a member of the group Wisemen alongside his late brother Kevlaar 7 & later became a member of the Wu-Elements, the in-house production team for the almighty Wu-Tang Clan. He also has 2 solo albums under belt with The Great Migration & School for the Blindman but after a little over 7 years, Bronze is ready to hop back on the mic in a full-length capacity & has enlisted Leaf Dog of The Four Owls to produce it from front to back.

After the “Think Carefully” intro, the first song “Theatre Speak” talks about striving for perfection over some foreboding string sections whereas the next track “It’s On” with Leaf Dog finds the 2 getting cocky over a bare sample of Marvin Gaye & Tammi Terrell’s “If This World Were Mine”. The song “Madman” with Recognize Ali sees the 2 talking about trying to make it out the ghetto over a high-pitched vocal sample & ominous horns then after the “Wise Wakening” interlude, “The War on Us” gets conscious over a twangy beat.

The song “Lisbon Dinners” gets on the mafioso side of things over a funky instrumental with some wind-blowing samples & after the “Burnt Leaf” interlude, the track “Get It Myself” talks about hustling on his own over a boom bap beat with some triumphant horns. The song “Lyrical Wars” with BVA & Leaf Dog finds the trio challenging their opposition over an instrumental kin to Wu-Tang Forever while “The Deranged” is a full-blown Wisemen reunion talking about how it only takes 1 shot to leave your clothes stained in blood over a weepy beat.

The track “Grime Lords” with June Megalodon sees the 2 declaring themselves as such to declare themselves as such over a fuzzy instrumental with some vinyl cracking while the song “J My Man!” talks about being ruthless over some thunderous drums. Then before finishing off with the “No Turning Back” outro, the final song “The Immaculate” boasts his prowess about over a boom bap beat with some trumpets.

I was wondering when or if Bronze would drop another solo album, but I’m glad he did because this is a dope body of work. His lyricism is still as good as his production-skills & then Leaf Dog on the other hand continues to remind listeners that he’s one of the best producers the UK has to offer. 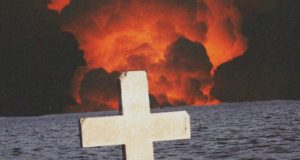 Bronze Nazareth Proves Why “If You’re Worried, You Should Be” (Album Review) 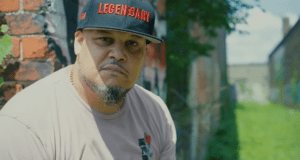 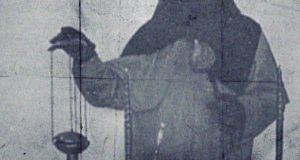