This is the full-length solo debut from Dodge City’s very own Choirboy Dank. Coming up as 1/2 of Swag Toof alongside Ouija Macc, the duo saw quite some success in the early/mid-2010s to the point where they were supposed to sign with Psychopathic Records in 2017, but disbanded due to a falling out between both members & Ouija ended up under the Insane Clown Posse’s wings as a solo act. Choirboy has since kept himself busy by dropping some singles & EPs of his own, the most notable of them all being his 2nd EP Must Warn Øthers entirely by Blockhead. However, all of those singles have been leading up to The Road to Demon City over here.

“Theatre School Dropout” starts off the album with a guitar-laced trap beat confessing that he’s been unable to relax lately whereas “Stir Up the Pot” follows it up with a more nocturnal tone talking down to his competition. “Get Your Guns” takes a more minimal route encouraging to bring the gats if you wanna have some fun just before “Call Your Mom” expresses his desire to tell his mother that he made it on top of a twangy trap instrumental.

Meanwhile on “Water & Bread”, we have Choirboy admitting that he’s never been this low or poor over a dejecting beat leading into the bombastic “No Favors” talking not needing any handouts. “O.K.” works in a glistening trap instrumental expressing optimism that he’ll be so much more than that, but then “Take Me Home” is yet another guitar ballad talking about dying alone.

“Hood Angel Baby” goes into a cloudier direction proclaiming he’ll take whatever he wants while “Song for My Son” of course is a touching ballad about fatherhood. “Deranged” incorporates some acoustic addressing those who’ve called him crazy while “Sunday 3X” has a more intoxicating feel talking about taking it easy.

Following that, “Domestic Violence” returns to a gloomier sound comparing how hard his music hits to such while “Spark Something” sepulchrally talks about the shit he’s seen. “Code Names” has a more playful tone advising not to get attached while the song “Ms. Fortunate” brings back the acoustics getting romantic. The penultimate track “Jack’s Idle Hands” is a bassy-trap jam talking about being a bully on his shit & “The Rain (Broken)” ends the album with a powerful look at depression.

Even though I’d have to say Must Warn Øthers is my favorite thing Choirboy has done on his own, The Road to Demon City is absolutely behind it. Some of the production could’ve been a little better in my opinion, but I really admire how the dude has nothing to hide lyrically & confesses about his life as much as he can. 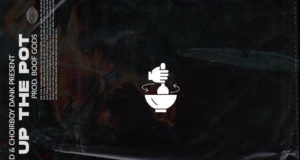 Choirboy Dank Is Back to “Stir Up the Pot” 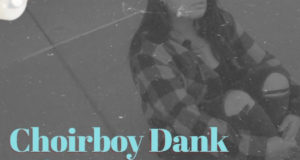 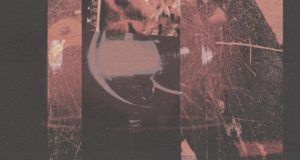