This is the latest EP from Bronx emcee Def Soulja. Emerging in 2015 off of the 3-pack Recognize a Soulja, the 37 year old wordsmith only continued to gain notoriety by dropping a handful of singles & small projects since then. But after finishing off the trilogy that got his name out there to begin with, Saint Michael is being brought in the picture for “There’s a Soulja in Every Saint.”

“Let Masses Begin” is a great opener as Def Soulja hops on a piano instrumental to describe everything he’s seen in the hood while things take a turn into the boom bap route so he can call out tough talkers on the short but deadly “Your Worth”. Jay Blue comes into the picture on the hair-raising “Stimmy” as the pair articulate what money can do & even though Def is saying ill shit on “Ripe Fruit”, the instrumental is obnoxious as Hell. The closer “New Day Same Agenda” is a classy way to finish the EP off by flipping the phrase “same shit, different day” on it’s head.

I gotta say, “There’s a Soulja in Every Saint” could very well be the best body of work that Def Soulja has put out to date. He doesn’t ham-fist the religious themes of the EP like other artists sometimes do & Saint Michael’s production is amongst the grimiest he’s ever whipped up. 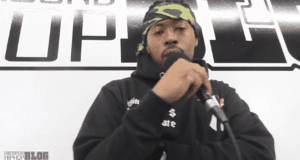 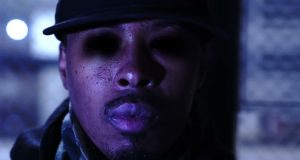