Diamond D is a 54 year old MC/producer from The Bronx, New York who came up as a mentor of Jazzy Jay. He would then form the D.I.T.C. collective alongside Lord Finesse & Showbiz in ‘92 only to put out his classic full-length debut Stunts, Blunts & Hip Hop shortly after. D went on to drop 4 more albums & a couple mixtapes of his own but now that it’s been a year & a half since Gotham gave us their acclaimed self-titled effort, he’s back in effect for a 6th album.

After the Chris Rock intro, the first song “Life’s What You Make It” is a symphonic opener to the album produced by Focus… talking about never saying your word’s your bond & breaking it whereas “Live My Life” takes a groovier approach encouraging to let him glow. Westside Gunn tags along for the guitar-driven “Faithful” getting in their mafioso bag leading into the title track bringing back the strings thanks to Nottz taking about feeling so free.

Meanwhile on “Godly”, we have Diamond D over some dusty drums & pianos confessing that’s exactly how he’s feeling just before Dre comes into the picture for the classy “Neva Settle” talks about keeping their eyes up & that they gotta get it. After the “Joe Crack” interlude, “Ouuu” mixes some lavish keyboards & a crooning vocal loop reminding that nothing can stop you as long as you listen to your heart prior to the synth-laced “Smoke Sumthin’” dedicating a banger to all the chiefers out there.

“The Wrong Thing” comes through with a more smoother aesthetic getting on the more romantic side of things, but then the Posdnuos-assisted “Flying High” delivers a charming banger about being the hardest. The song “The Man’s Swift” returns to the boom bap spitting some braggadocio while the penultimate track “The Scorn” with K.P. laces some horns talking about wanting the chicken & there isn’t any other like them. “Inertia” however serves as a mystical finisher saying all he honors is his balls & his word.

As much as I admired The Diam Piece & it’s sequel for primarily focusing on Diamond D’s production skills, I’d still recommend giving The Rear View a shot for those who missed hearing him on the mic. A couple weak features here & there, but the production is a lot more laid back with more slower tempos & the man himself sounds rejuvenated lyrically. 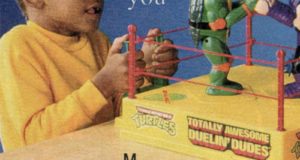 Open Mike Eagle Announces His 8th Album ”Component System With the Auto Reverse”, Taps in With Diamond D for ”I’ll Fight You” 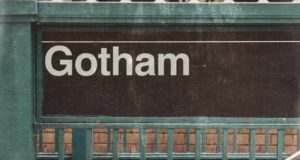