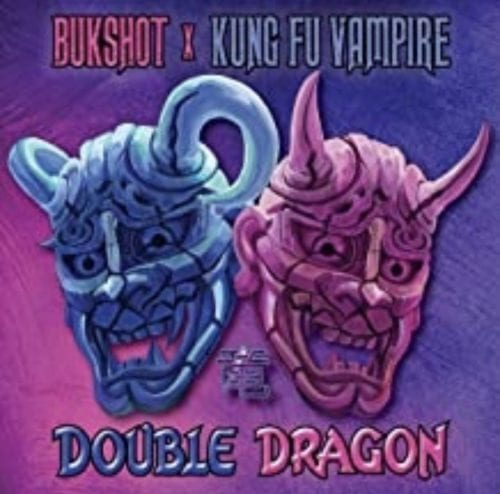 Double Dragon is a newly formed hardcore hip hop duo consisting of Bukshot & Kung Fu Vampire. The 2 have collaborated with one another a couple of times throughout the years, but they’re joining forces & taking things to the next level by dropping a full-length debut together after being traded since 2019.

After the “Rise of the Pranja” intro, the first song “Buk-Fu” finds the duo asking how people gon’ react when they come through over a malicious Seven instrumental with this incredible g-funk synth-line throughout while the next track “Ain’t the One” tells the listener not to play with them over a trap beat laced with this plinky keyboard melody. The song “Torn Apart” talks about over an instrumental backed by some Omen-like background vocals while the track “Non-Believers” with Boondox sees the 3 talking about losing their way over a spine-tingling trap beat.

The song “Nice” talks about taking flight over a cacophonous Godsynth instrumental while the treacle “Don’t Get Beat Up” talks about rappers feuding over nothing on top of an icy trap beat from Young Wicked. The song “Easy Target” with Rittz finds the trio talking about how they ain’t hard to find over a Kung Fu Vampire instrumental fusing elements of country as well as trap & rock while the title track talks about being the ones they fear over somewhat quirky yet abrasive beat. Then there’s the bonus cut “Tyrants”, where Double Dragon speak on not being with all the bullshit over a macabre instrumental.

This has been one of the underground’s most anticipated albums of 2021 & the final product makes it well worth waiting almost 2 years because you can really tell Bukshot & Kung Fu Vampire took their time to really hone in on a natural chemistry on top of some top notch production. 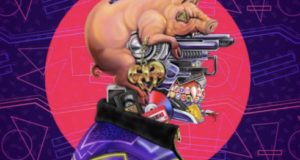 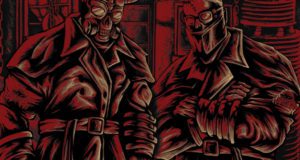 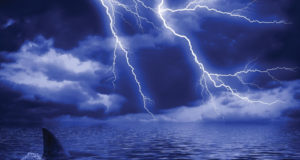