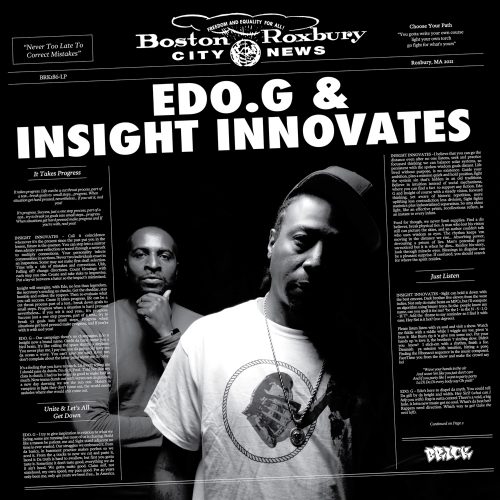 This is a brand new collaborative album between Boston veterans Edo.G & Insight Innovates. Both emcees have collaborated before on songs like “Strategy” off the latter’s 2004 classic The Blast Radius but all these years later, they’ve decided to come together for an eponymous full-length outing.

“Just Listen” is a plain & simple opener to the album with it’s flute-inflicted boom bap production as the whole thing starts off with the duo telling Siri they wants something classic, but not trendy just before telling listeners to remember who they are on the dreamy albeit punchy “It’s Edo & Insight”.

With the perfectly titled “Never Too Late to Correct Your Mistakes”, we get some grand string sections with lyrics about righting your wrongs whereas “Choose Your Path” provides food for thought over a luxurious instrumental.

Meanwhile on “Good in Goodbye”, we go into a somewhat funkier direction as the 2 talk about breakups leading up to them telling the listener that life isn’t about choices but how one chooses on the piano-heavy “1 Step at a Time”.

The pair bring in some sirens for “Ceiling” as they talk about not even reaching their pinnacle yet & then we get a remake of my all-time favorite Big Daddy Kane song: “Set It Off”.

The penultimate track “It Takes Process” sonically mixes together some keys & strings as they talk about how Rome wasn’t built in a day & to finish it off, we get a reimagining of the Edo.G & Da Bulldogs joint “I Gotta Have It” with the closer “Unite & Let’s All Get Down.”

As a fan of both these guys, I’m really glad to hear them come together because this is a super solid album in my book. The chemistry is great & I love the jazzy undertones in the production as well. If they plan on doing more together down the road, then I’m here for it. 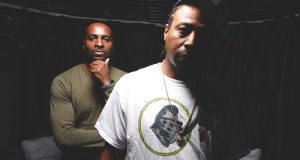 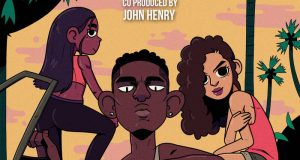 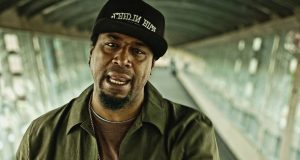