Eternia is a 40 year old MC from Ottawa, Ontario, Canada who came up in 2005 off her full-length debut It’s Called Life. This was followed up with Where I’m At & the MoSS-produced At Last but after taking a 12 year hiatus, so much has happened to her in life & has decided to tap in Rel McCoy for her 4th album backed by now none other than Fat Beats Records.

After the intro, the first song “Freedom99” with Wordsworth kicks things off with a boom bap cut about how the city used to be their playground leading into him & Shad addressing homelessness on the emotional “Home”. She & Rel come together on the piano-tinged “Cycles” to talk about their lives are like 1, but then her husband Mr. Lif come together with “The Story of Us” compassionately detailing how they met.

“Most PPL” works in a fuzzy instrumental tackling the themes of loyalty just before “Praise” almost has a bit of a funk flare showing love to the higher power. “Grow” is quite possibly Eternia at her most vulnerable moments talking about how the world as she knows it is gone whereas “All the Men” dramatically calls out her exes on wax.

The song “Wonderful World” almost has a bit of a dystopian sound taking shots at modern technology while the penultimate track “Secret” finds Mr. Lif reuniting on top of a hollow instrumental tackling the theme of fear. “Let No Dream Fall” finishes off the album by emotionally telling us how she feels inside at the moment.

I was wondering what happened to Eternia for a while now, so it makes me happy to see that she’s made a comeback on here. She rips up the mic like she never even left to begin with & Rel McCoy’s production is just boom bap galore. 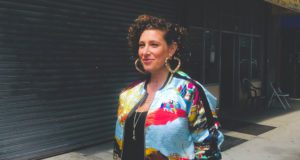 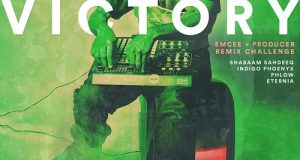 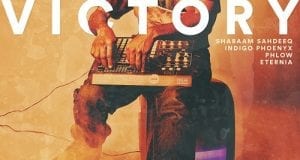