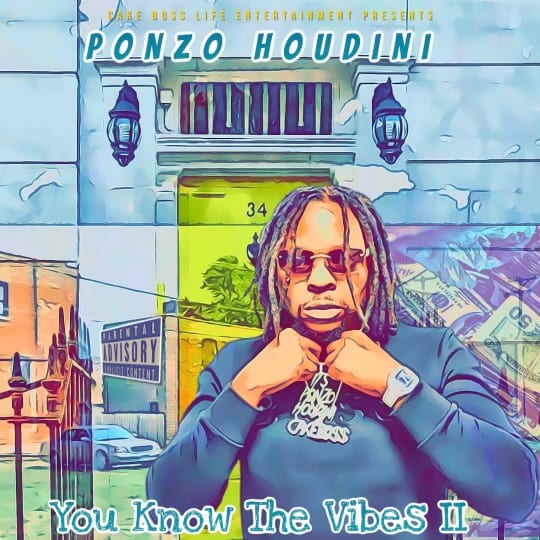 Raised in the Jefferson Projects in Downtown Buffalo, NY, Ponzo Houdini launched his career with his first single, “You A Lame,” which got him nominated as best new Hip-Hop artist by the Buffalo Hip-Hop Awards.  Over the last few years, Ponzo has toured and worked with notable contemporaries such as Future, Benny The Butcher, Griselda, Zaytoven and OJ Da Juiceman among others.

After his latest tour which was headlined by Benny The Butcher (Plugs I Met Tour) and recently appearing in Griselda’s street-classic movie Conflicted, Ponzo releases his new project, You Know The Vibes II, and a new video for “Another Day In The Life.”