Jedi Mind Tricks is a Philadelphia trio consisting of emcee Vinnie Paz, producer Stoupe the Enemy of Mankind & turntablist DJ Kwestion. They’ve proven to be a household name in the underground for 26 years from having a hand in founding the Army of the Pharaohs collective to dropping essentials like Violent by Design & Servants in Heaven, Kings in Hell. Since putting out the underrated The Thief & The Fallen back in the summer of 2015, they’ve started getting in the habit of dropping an album once every 3 years. The trio’s previous effort The Bridge & The Abyss was a solid follow-up, but had WAY too many interludes. However with Paz coming fresh off Burn Everything That Bears Your Name over the spring, Stoupe & Kwestion are joining him for JMT’s 10th full-length album.

After the intro, the first song “I’m the Wooden Door” sets the album off with an Italian sample calling out the pussies whereas “Collapse the War Engine” is a sinister theme about being cursed with the dawn. Crimeapple tags along for “The Escapist” somberly speaking on going from hopeless from focused & after the “Pathogen” interlude, the Demoz-assisted “Don’t Get Blood on My Gucci” has a more calmer tone instrumentally talking about how you don’t wanna die.

Meanwhile on “2nd Hand Smoke”, we go into a more nocturnal direction with JMT saying they put these opps in the sky just before Boob Bronx comes into the picture for “The Death of 1 Man’s a Tragedy, The Death of 10,000’s a Statistic” solemnly admitting spending their whole lives on the wrong side of the law. “Manufacturing Consent” fuses together an organ & a vocal sample to spit that democracy only works when people are informed & after the “We Tolerate the Sickness” interlude, “The Chariot” grimly talks about the most ignorant thing in this world.

“Albatross” ponders why would anyone be mad at them with some keyboards sprinkled in the beat, but then Pro Dillinger joins in on the heinous “Crematorium” to quench for blood once more. “Path of the Beam” has a bit a mystical feel instrumentally to spit that insulting shit while the song “We Bow in It’s Aura” weaves in an acoustic guitar to declare himself the father of the trench.

After the “Until The World Consumes Us” interlude, the penultimate track “Abdallah Azzam Brigade” finds Demoz returning alongside Ill Bill & Recognize Ali for a vicious 5-minute barfest & “The Great Derangement” finishes it off by sadly picking apart all the lies we’ve been told.

I pretty much enjoy all the JMT albums with the exception of Violence Begets Violencebeing mid, but The Funeral & The Raven is a great finish to the trilogy that The Thief & The Fallen had started. I like how it has less interludes than The Bridge & The Abyss did, Stoupe’s production is still one of a kind all these years later & Paz lyrically always hits the target no matter what he’s on. 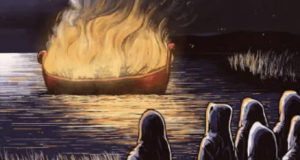 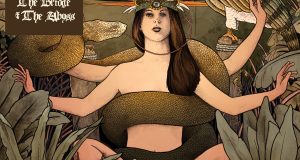 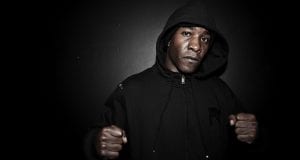