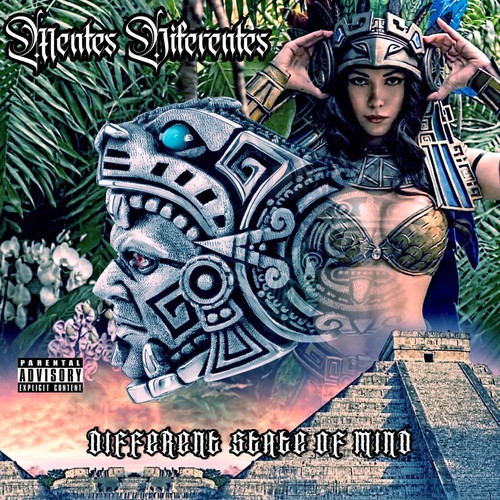 Coming off their latest collaboration project “Buenas Tardes” with The Desperados, and their 2020 release “Ocho“, Mentes Diferentes drop their newest full length album for 2021, “Different State of Mind” featuring a bunch of well known names such as Mr. Lil One, Mr. Shadow, Rico 2 Smooth, Lonely Souljah, and Castro Escobar. M.D. is a Chicano Collaborative of recording and visual artists from Sacramento CA which we first got introduced to at our Conejo and The Untouchables headlining event a few years back in Los Angeles. San Diego legend Mr. Lil One featued on 3 songs vouched for them and we had to put them on! We recently covered their lead single and video, “Strongest Survive” which got a positive response by our followers. In the song they emphasize that there is only 24 hours in a day and in Hip Hop you only have so much to time to create, and when you do, it should represent what you are all about. In M.D.’s case, they are about the craft of lyricism in English and Spanish.

Diving more into the project, “Phenom” is a underground banger featuring Mr. Lil One giving them one of the best intro verses to a song off the album.  “G to My Bone” featuring Rico 2 Smooth and Lonely Souljah, they bring that West Coast G-Funk sound that G’s can bump in any ride loud. “Status Quo” encompasses the overall feel of the album with each emcee letting you know their current state of mind. Getting to “Sinister Mind”, it’s dope to hear The Untouchables feel to the track with Misfit Soto on the beat and Mr. Shadow starting the track with a powerful verse and Mr. Lil One laying down a signature verse. “M.D.” featuring one of our personal favorite rising lyricists, Castro Escober, is a refreshing song with the oldies vibe that takes us back to the days when good music was constantly in rotation in your tape deck.

Skipping to the outro, D.S.O.M. out of all the songs has that grimy underground head bangin’ feel with the hard hitting production alongside the wordplay Mr. Shadow and the M.D. crew bring to the mic. With 3 songs without features Mentes Diferentes give the listener a bit of everything from Hardcore Hip Hop, Boom Bap, to G-Funk, and Chinano Rap, “Different State of Mind” is their best work to date and truly represent how latinos in the game are suppose to do it. For us to pick a favorite song is hard, but if we would to choose one, it would have to be “Sinister Cypher”, probably one of the best collab tracks we’ve heard in a while in 2021. Not to mention, anything with Lil One and Shadow, you should prepare by wearing a neck brace before putting on the headphones.

From the diverse styles of lyricism on “Different State of Mind” to the epic features with the beat selection to compliment, we rate this project a well deserved 8/10. Best believe, this won’t be the last you hear from Mentes Diferentes! M.D. are a much needed collective for not just Chicano rap, but for Hip Hop in general. Stream “Different State of Mind” on all platforms. 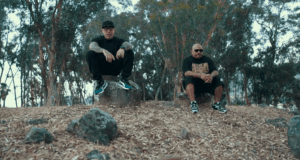 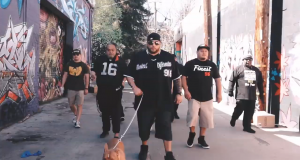 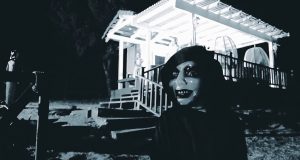