Mr. Cliffnote is a 42 year old MC from Detroit, Michigan who came up in ‘06 off his eponymous debut mixtape. He would then form the duo Sidenotes with the homie B-Side a little bit after that & went on to drop the sophomore tape Path to Notification only a few summers back. But with his born day coming & going almost a month ago, Cliff is dropping a debut EP to warn listeners up for Path to Notification 2.

“Godspeed” is a soulful opener going at the throats of wack rappers whereas “The Dirty Bomb” goes into boom bap territory about letting you hear some crazy shit. “Hello Nurse” incorporates some vocals harmonies awkwardly trying to get sensual just before “The Melody” weaves in an organ talking about being given the strength he needs.

Meanwhile on “When We’re Together”, we have Cliff taking another jab at a love joint except this one’s much better down to the DJ Dez instrumental while the song “Visit the D” smoothly talks about a bitch coming to Detroit just to kick it with him even though I’m not too crazy about the hook. The penultimate track “Live On” goes back into boom bap territory to get optimistic & “Gunz” rounds it out with a trap banger about gun control.

Coming away from Note to Self, it’s a solid prelude to Path to Notification 2. The more romantic cuts are either hit or miss but when he’s on his battle rap shit or speaking on real life, it’s actually really compelling. I also think range of sounds throughout the production is a pretty nice touch as well. 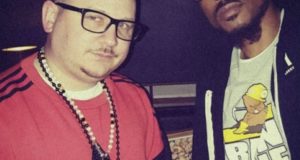 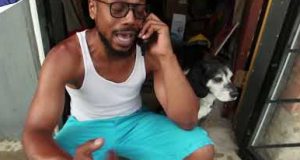