Mr. Hyde is a 44 year old MC from Queens, New York who came up alongside his Gruesome Twosome cohort & longtime friend/collaborator Necro ever since the death rap inventor conceived Psycho+Logical-Records. After years of being featured on numerous albums from the label, Hyde finally got to shine on his own in the summer of ‘04 with his classic full-length debut Barn of the Naked Dead. He has since gone on to release 4 more albums on his own since then, with the last one being The Boogeyman’s Real in the fall of 2019. But given that it’s been a little over a year since Bonnie & Hyde put out their eponymous debut, it’s fitting for Hyde drop a debut EP on Friday the 13th.

“Don’t Forget My Number” is a demonic boom bap opener spitting the wicked shit whereas “Beast Bars” works in a guitar & some dusty drums talking about how hot his bars are. “Dipped in Death” shoots for a more unsettling atmosphere thanks to Cotardz for Hyde to deliver some brutal death rap while the track “Filthy Beasts” with G-Mo Skee declares themselves as such over an organ-laced instrumental. The final song “Nightbreed” ends the EP by ominously comparing himself to that or a monster & “Putrid Decay” is just a 34 second outro.

Much like Bonnie & Hyde’s self-titled debut from a little over a year ago, We’re the Nightbreed is definitely one of the better projects that Mr. Hyde has put out in recent years. Now I’m not saying he ever lost his step lyrically because he sounds as grisly than ever on this EP, but the production choices are progressively improving & that’s what I like to hear. 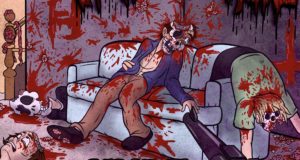 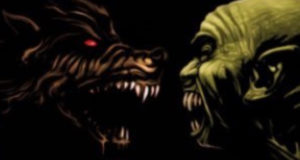 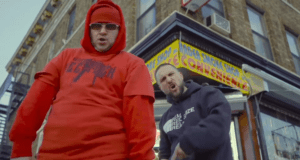