Noveliss is a 33 year old MC from Detroit, Michigan who came up as 1/4 of the now disbanded Clear Soul Forces. However since 2018, he’s built an impressive solo career for himself with 8 EPs & the full-length debut Cerebral Apex. However in light of his born day earlier this week, he’s celebrating by dropping a sophomore album produced entirely by Dixon Hill.

“Empty” sets off the album on a jazzy note clearing out his mind whereas “Feng Sheui” takes a moody boom bap route talking about a dude with a stand alone complex. “Loss for Words” works in some pianos saying he don’t know better, but then “Sincerity & Reverence” is a lo-fi banger telling the story of his younger self. Meanwhile on “Scheminonameanin”, we have Noveliss contemplating the reason of life over an airy instrumental just before “Truthsayer” smokily gets on the conscious tip.

“Escaping” goes into a more moodier direction encouraging to embrace the highs & lows while the song “Spirit Bomb” spaciously talks about finding peace in a hyperbolic chamber. The penultimate track “Cold Mountain” once again returns into a more lo-fi kind of sound delivering nonstop wisdom & “Permanent Waves” closes out the album with an uplifting beat talking about being in search of such.

I’ve been following this guy alongside the rest of Clear Soul Forces for a minute & for the 3-year wait since Cerebral Apex, it was very much well worth it. Noveliss killed it with the basing the whole concept of the album on the I-Ching & Dixon’s production style couldn’t have been a suiting match. 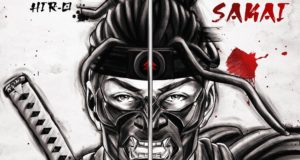 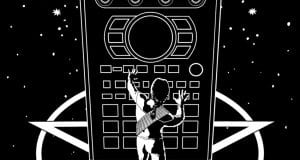