Our first introduction to Danny Boy was with the recently published Batch Records cypher. Residing in Orange County, born in Whittier, but raised in La Habra Danny Boy is familiar with the So-Cal area and the influential Hip Hop that has come from the West Coast. He started making music as a sophomore in high school, handling out mixtapes he made with his group called The Batch. The Batch would break up but Danny Boy kept the name for his independent label Batch Records.

Today he is making an impact in the independent music game with his sophomore project and EP “For The Moment” sounding a bit more polished and seasoned as an emcee compared to his last solo project “What Does It Cost” he dropped last year which was an actual full-length album. To end 2022’s fourth quarter this new EP we feel is a sneak peek of what to come in the near future. Will be highlighting a few songs below.

“Morning Paper” is his highest streaming single from the EP, and we are not surprised at all. In the song he explores his career and road as a solo artist not trusting many in the business after breaking up with his crew, but keeping his focus on staying consistent in making music. “Lost” is more of a deeper song as he searches for understanding on how money can make people switch up on you so fast.

The “Smoke Break” interlude was also a dope banger which had me wanting to hear more music before I remembered this is just an EP as he ends the project with “Batch Cypher”. As a new artist, stylistically we feel Danny boy has came a long way, but still has a lot of room for improvement in his delivery over the beats he uses. We can tell this is just the beginning for him and look forward in seeing him grow as a indie artist. 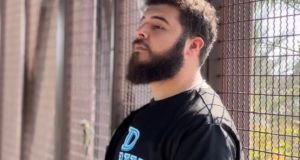 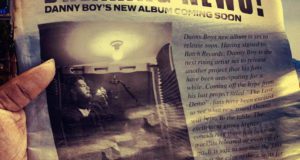 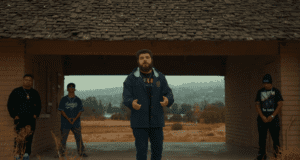