Oryah Displays His Potential On “Spirited Away” (EP Review)

Oryah’s Spirited Away EP is an honest but flawed attempt at a short, sweet hip-hop project. In just four tracks and nine minutes, the Pennsylvania native attempts to showcase his full talent, and while there are flashes of his greatness, he fails to truly sell the listener on what makes him special from the competition.

The intro track “Dame Time” sets things off on a major misstep. Oryah’s vocals sound dull and lifeless over the already undeveloped piano-based instrumental, which feels way too conventional and plain. Before the EP can crumble into a full-fledged disaster, the following cut, “The Gates of Heaven,” improves on all the issues of its precursing moment suffered from. Oryah’s delivery is still cold here, but there’s a certain fire coming out of his bars that give his words the exact coating they need to excite listeners. With a beat that utilizes a variant of unique horn patterns, the sonic side of the track also steps up to show just how nice-sounding and fun Oryah can be when at his best.

Progressing through more sonic terror, “Love IS Hate” takes a darker tone than the first two tracks and is surely a mixed bag because of its odd high-pitched vocal effects and standard trap-type beat instrumental. The biggest shame of this track here is that Oryah tries to cover some topics that are important to him, but the goofy coatings under his main line of vocals make this moment a massive miscalculation. Closing out this short experience once and for all, the best track is saved for last with the all-encompassing “The Cycle of Hell”. Powerful writing and a one-of-a-kind instrumental is what make this cut so great as Oryah exposes all of his vulnerability through his pain-ridden thoughts and ideas. While even this song has its fair share of flaws, Oryah showcases his biggest strengths for us to wonder how good a project of his can be when fully succeeding with his creative liberties.

Overall, Spirited Away may not be as consistent as one would hope, but it’s a good showing of where Oryah is at as an artist right now. On one side, he has loads of potential and showcases a true given rapping ability, but on the other, his lack of focus towards his craft has kept him in such a low tier when looking at the rest of his peers in the underground. Going forward, I hope Oryah can ride with his strengths and learn to improve on his weaknesses, and to follow this journey, be sure to follow @oryah.wav on Instagram! 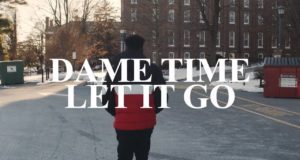