Pacewon is a 48 year old MC from Newark, New Jersey who came up with Young Z as one of the 2 founding members of the now defunct Outsidaz collective that once included the likes of Rah Digga & Eminem. He would also go on to drop 4 solo albums & 3 EPs, with the last one being the Daniel El Campeon-produced Invincibles nearly a little over a year & a half ago this point. But to coincide with what would’ve been the 49th birthday of the late D12 de facto leader Proof, Pace is enlisting Detroit veteran DJ Butter behind the boards for the majority of his 4th EP.

“First Impression, Last Impression” is a jazzy boom bap opener produced by DJ Butter with Pace referring himself as the one you wanna rap like prior to Bizarre & B-Boy Reg tagging along for the futuristic “Holdin’ It Down” promising that they ain’t going nowhere. “The DJ (Tribute)” dives into trap territory giving his flowers to all the DJs that our culture has seen, but then 4-Ize comes into the picture for the dusty “Watch It Smoke” to spit some charismatic battle bars.

Meanwhile on “Adventures of…”, we have Pace going into a moodier direction thanks to DJ Dez getting on the more romantic side of things while the final song “Get Blunted” with Davey Diggla a.k.a. DJ King David finds the 2 talking about weed of course over a funky trap beat. The penultimate track “Grow House (Outhouse) is a more instrumental cut with a little bit of an electronic dance groove to it & the outro “Chattin’ with Young Z” sends off the EP with a 10-minute phone call that Pace had with Z when he was still locked up at the time.

Now for those’ve you who enjoyed Won along with The Only Color That Matters is Green & The Only Number That Matters is Won as much as I do, then you’re gonna wanna give Good Dope Sells Itself a listen because it’s one of Pace’s best efforts to date. He can still very much rap his ass off at this point of his career as proven on his last EPs & further proves that here, but the production that DJ Butter brings to the table with the help of DJ King David & DJ Dez is more consistent in my opinion. 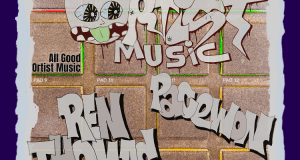 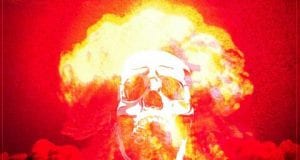 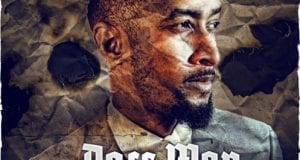