Presice85 is a 36 year old MC from South Gate, California who first emerged at the very beginning of 2017 off his debut mixtape My Life Novel & followed it up a couple years later with a sequel during the spring time. However with a handful of singles that came down the pipe ever since then, it’s all lead up to his debut EP over here.

“War” starts off the EP with some keyboards & dusty drums talking about how no one wants smoke with him & even though I love the positive vibes of “No More L’s”, the King Lil G verse is kinda corny to me. “Street Poets” with KXNG CROOKED has a more orchestral sound declaring themselves as such whereas the somber “City of God” details going crazy for the cash, even though I’m a bit indifferent towards the Iceman Skrill verse.

The song “Russian Roulette” with Oside Blaze finds the 2 on top of a suiting Russian sample spitting that battle shit while the penultimate track “Body Catcher” gets on that sinister murderous shit. “Blood Sport” ends the EP by forebodingly comparing the rap game to such & taking shots at anyone who wants to step up to him.

If you’re not familiar with dude already, I think Narcos & Boom Bap is a pretty good place to start. I think he’s definitely a talented lyricists, but there are features sprinkled into a good 60% of the EP & it really didn’t need to be the case. 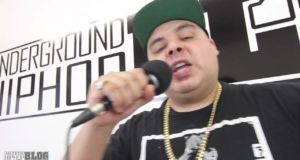