Will Gates is a 20 year old MC from Traverse City, Michigan who’s been catching my attention for the last year or so by dropping singles like “Juggalo Rage” or more recently “Clown Town”. However with the 1-year anniversary of his debut mixtape Trashboy passing a couple months ago, he’s returning by dropping his debut EP under his own label Trashboy Entertainment.

“Dedication” kicks off the EP with a hi-hat heavy tribute to his homie Ashton whereas “Undisputed” is a fresh ass ode to Detroit down the hyphy sound that some of the younger acts out here be bearing in the music. “Reppin’” takes it back to the trap route to talk about being underground just before the title track brings back the Detroit trap flavor of “Undisputed” to remind everyone he’s obtaining the wicked shit.

The track “Fuccin’ wit da Oppz” works in some pianos to so he can spit that gangsta shit while the final song “I Keep That Hachet on Me” is a keyboard, hi-hat infused juggalo anthem. “Gratitude” ends the album with a 2-minute spoken word cut giving shoutouts to all the people he’s grateful for including myself, which I’m very honored by.

If any of y’all still aren’t hip to Will yet, then I recommend you give Procuring the Wicced a listen because it’s my favorite body of work that he’s put out thus far. The sound of this EP is very refreshing considering that I don’t think I’ve ever heard many people or anyone really put a horrorcore spin on the Detroit trap style & he’s at his hungriest lyrically.

Tagged with: Will Gates 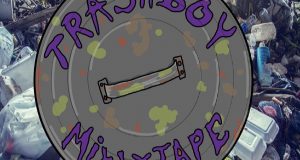 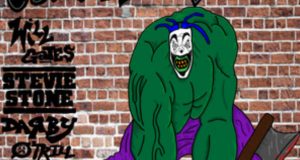