PROPH3CY,  a 19 year-old rapper/producer from the Bay, currently at Chico State University.

This year he placed second in the Hip-Hop category for the Great American Song Contest with the song, ‘3 Digits’.  The track was released under his production alias DJZK, winning an Outstanding Achievement in Song Writing Award.

Now, currently producing primarily hip-hop, has a brand new 12-track mix tape titled, Nine Months, which was released this August, 2013.   Through previews and sneak peaks around his campus, the tape has gained many listeners in his local college scene (Chico State).  In addition, multiple music videos from the tape are currently in the works and scheduled to be released.

Over the past nine months Proph3cy has been working in the studio around the clock to finish Nine Months, and strive to appeal to a college demographic through my relatable life struggles and joys.  Throughout the Summer 2013, he recorded the last third of his mix tape in Hollywood, where he actively improved his production skills through music school while establishing strong industry connections.

Proph3cy conveys real messages that many others believe deserve to be a part of the evolving genre of Hip-Hop. It concerns a wide range of topics that appeal to an under 30-age group that can relate to growing up at this particular age. He only reflects real heart and Real soul in his music. Over the past 6 years he has worked on perfecting his production skills through 3 mix tapes that you can find in the music section of his website www.djzkmusic.com. It’s a pleasure to present to you his newest project Nine Months. 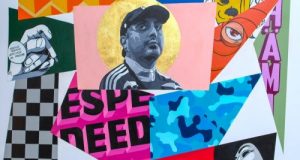