Known in the rap battle circuit as a heavyweight, Jus Daze‘s high anticipated project “Raps & Rants” is finally out on all platforms! He also drops a new video “Insecurity” off the project. The latest full release from the Bow Legged Bull who bullied cats in front of many a camera on Battle Rap Platforms nation wide.

The Queens NY veteran has paid his dues on the block, in front of judges, in front of hostile crowds with a hometown favorite opposing him face to face, and he’s paid his dues in the booth. You can hear the experience in each of the 12 joints on “Raps & Rants”. 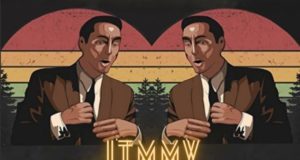