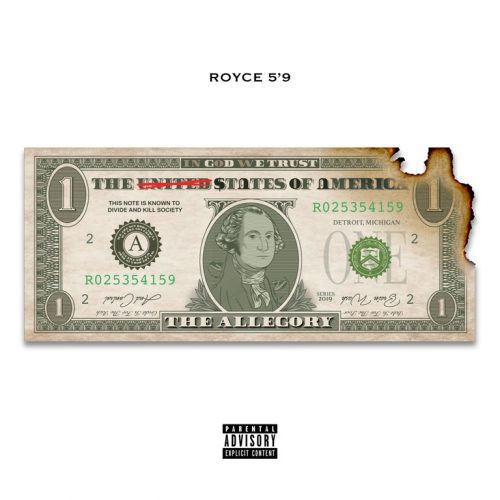 Royce 5’9” is a Detroit veteran that most are familiar with for being 1/2 of Bad Meets Ǝvil with local sensation Eminem. However his mark as one of the city’s illest lyricists has already been made with releases such as Death is Certain, Street Hop, Success is Certain, Layers & even Royce’s last album Book of Ryan. Also can’t forget to mention his work with longtime collaborator DJ Premier as the MC/producer duo PRhyme or with the now defunct quartet of all-star wordsmiths that was once Slaughterhouse. But with Black History Month almost over, Nickel is celebrating with The Allegory.

Things kick off with “Mr. Grace”, where Royce delivers some wisdom & I love how the instrumental constantly switches from horn to string samples throughout. The next song “Dope Man” with Emanny sees the 2 discussing how drug dealers are the kings of the streets over an infectious instrumental while the track “I Don’t Age” talks about how dope he still is over a boom bap beat with the lead riff switching off between a bass-line & a piano sample. The song “Pendulum” is laced with battle bars backed with a solemn boom bap beat while the track “I Play Forever” with Grafh sees the 2 talking about falling in love with the street life over some horns.

After the “Ice Cream” interlude, the song “On the Block” sees PRhyme getting together to discuss hustling over a mesmerizing instrumental & the Oswin Benjamin verse really took me by surprise. After the “Generation is Broken” interlude, the song “Overcomer” with Westside Gunn is about how the 2 rose above their shortcomings over a prominent vocal sample & I definitely can’t forget to mention Royce’s disses towards former collaborator/Shady Records artist Yelawolf not too long after his verse starts. Is he really a “vulture pundit” in my eyes? No, not at all. That being said, I do understand Royce’s point of view on the whole thing. After the “Mrs. Grace” interlude, the song “Thou Shall” with Kid Vishis essentially both of the Montgomery brothers talking about their accomplishments over a spooky instrumental.

The track “FUBU” with Conway the Machine sees the 2 challenging anyone who opposes them over a demented instrumental & after the “A Black Man’s Favorite Shoe” skit, the song “Upside Down” with Benny the Butcher finds both wordsmiths getting violent over a cavernous boom bap beat. After the “Perspective” skit where Eminem discusses racism in the music industry, the track “Tricked” with KXNG CROOKED is pretty much both MCs cleverly breaking down the idea of deception over a tense instrumental. After the “Black People in America”, the song “Black Savage” is empowering anthem towards African Americans with both dEnAuN & 6 July helping Royce heavily sample the afro-rock band of the same name. The bars that CyHi the Prynce & T.I. both bring to the table are dope, but White Gold‘s verse was kinda pointlessly short to me.

The track “Rhinestone Doo Rag” despite being short is about how the next generation is on those listening over a soothing instrumental while the song “Young World” with G Perico & Vince Staples sees the 3 sending an important message to the youth over a funky instrumental. The penultimate track “My People Free” has a respectable concept, but it seems like more of an Ashley Sorrell song to as she dominates a bulk of it & Royce makes very little appearance on it himself. Then there’s the closer “Hero”, where Royce pays tribute to his father over an instrumental that’s sweet to the ear.

The album isn’t perfect, but it’s still a fantastic listen. A couple of the features were pretty weak & the interludes are pretty annoying but lyrically, this is definitely Royce’s most conscious effort to date. And for him to start getting behind the boards & self-produce damn near the whole thing, he does a pretty good job at it. 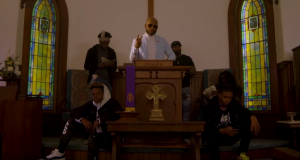 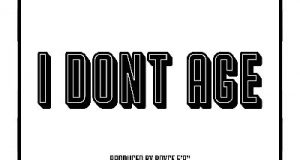