S.O.N. is an MC from Sharon, Pennsylvania notable for his associations with the Legion Realm & the Hivemind movement. But for his official full-length debut over here, he has enlisted Billy Obey produce the whole thing from top to bottom which immediately caught my attention given that Billy is 1/3 of what I personally believe to be the greatest horrorcore act to come up within the last decade: Alla Xul Elu.

After the “A Terrible Fate” intro, the title track is a Hellish opener speaking on dark energy surrounding him whereas “E.V.I.L. (Everything Vile Inside Legion)” takes a turn into boom bap territory repping the Legion Realm. “King of Dark Energy” proclaims himself as such on top of an occult instrumental while “Breathe” somberly depicts a dark messiah encouraging this man & woman to become a part of him.

Meanwhile after “The Descent” interlude, but “The Mouth of Madness” grotesquely depicts a place where only the strong survive just before Xul themselves tag along to embrace their sins for quasi-rap rock tinged “Amen”. He later fucks with Samaritan witchcraft on the misty “The Bridge” leading into him talking about losing his mind for the dusty “What’s That Noise?”.

Following the “Order of the Blue Rose” interlude, “Feed the Beast” takes the trap route to describe the antichrist whereas the heinous “Eye for an Eye” talks about a demon being summoned by the tears of the broken. The penultimate track “The Blessing” calls to a higher power in wicked boom bap fashion & then the closer “The Hive” talks about a beast that goes by many names accompanied by a buzzing instrumental.

I can only imagine S.O.N. going places from hereon out because I highly enjoyed what he brought to the table with Grant Us Eyes. Dude’s lyrics are amongst the darkest that you’ll hear all 2021 & of course Billy Obey knocks it out of the park on the production end of things. 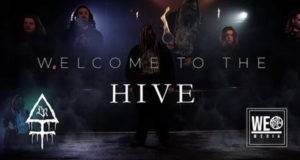 S.O.N Welcomes All to “The Hive” 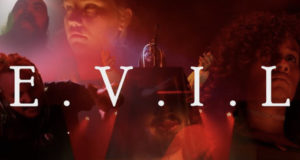