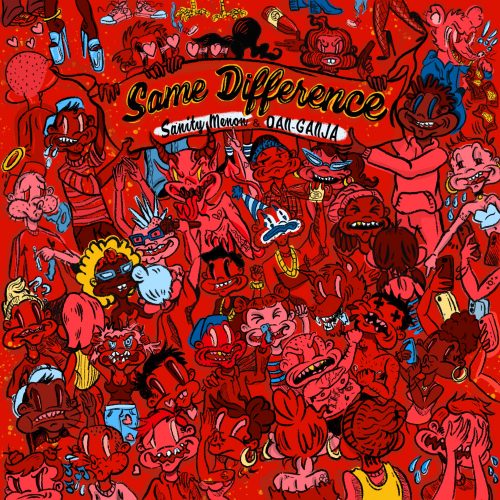 Sanity Menon and Dan-Ganja are back with the seven track album “Same Difference”. This 24 minute album is etherial, abstract, transcendental, motivational and full of smooth lyricism. Sanity Menon is THE guru of rap, he glides over a breezy production with an ease and suave that would make any MC desirous. Sanity Menon is a master manipulator of the mic, where each song offers a creed to live by and an offering of peace. Sanity Menon’s most notable talent is the way he raps. He raps like a prophet or a teacher. He raps to inspire and to give heed; where other artist rap to showcase their talents, Sanity Menon raps to showcase his knowledge.

We dive into the project with the the first song “Jump In”. First, what a fitting title to begin the album with. This song jumps in and out of meta-physical concepts such as the meaning of life and the origin of love but remains light-hearted and smooth. Next is “Ringing In My Ear” which is about avoiding negativity and not awarding it the power that so many people do. To Sanity, the sound of negative comments and criticisms are more like the buzzing of a fly that annoys him rather than catches his focus. He views the negativity as a pestering ringing in his ear that interjects but does not intercede. Track three “Thinkin” is where Sanity contemplates his place in the universe as a man and as an artist. He realizes the heavy weight of his existence and of his destiny. But eventually accepts his calling humbly and gratefully. On “Blinded”, he is simply speaking from his soul. He bounces between a few weighty topics but ultimately hovers over the problems of the world like a melodic cloud. However, the track ends with a comedic skit that brings us back down to earth where a dispute in a studio ensues and we are pulled back into reality once more.

The album transitions here on “Breakfast”, where the carefree attitude of Sanity Menon is placed on the shelf, and he shifts his focus to the daily grind. His breakfast is comprised of the plate of perseverance and the cup of continuity. From the moment his eyes open, he’s focused on the tasks of today and doing what must be done when you’re on the come up. He further elaborates on his career in the next song “Losin’ Focus” where he reflects on the mistakes of his youth as a young artist. He now realizes his value and doesn’t need to take any handouts given to him. The last song on the album is “Soul Track”, where Sanity riffs about the thoughts floating into his mind and into the mic. The result is an authentic stream of consciousness that ties up the project neatly and honestly.

The biggest takeaway from “Same Difference” is the feeling of synergy and balance we receive from Sanity Menon’s tranquil voice soulful message. He genuineness is breath of fresh air in a genre saturated with inauthenticity. “Same Difference” has a message we can get behind and its brevity makes for a wonderful swift listen. “Same Difference” makes for great accompaniment in any car ride, smoke-sesh, picnic, or any other chill atmosphere. 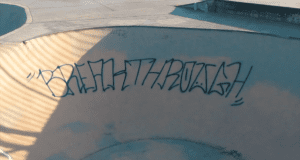