Shakewell is a 30 year old MC from Los Angeles, California who came up in the spring of 2017 off his debut EP Keystone Prince. This was followed up a year later with his 2nd EP Big Juice tha Sip but in light of him signing to G*59 Records right when the pandemic started & the 5 year anniversary of Keystone Prince approaching this weekend, Shakewell is finally dropping his long-awaited full-length debut.

“Symphony No. 1” is a quirky yet fun opener talking about getting a new phone whereas “Take the Field” has a earlier tone to it asking why he’s still depressed despite his success. “The Foil & The Damage Done” takes a cloudier route melodically saying that you don’t wanna feel the pain he’s lived just before “Felonious” declares himself as a prodigy over some eerie trap production.

Meanwhile on “Nuestra Señora”, we have Shakewell talks about his ride or die bitch accompanied by a beat with a vintage west coast flare to it leading into the aggressive “Biscuit” confessing that he always rides strapped. “20/20 Vision” incorporates some organs talking about seeing shit clearly, but then Fat Nick tags along for “Survival” to passionately express their hatred for the pigs.

“Late Night” returns to more atmospheric trap territory talking about serving packs to get his change while Boobie Lootaveli comes into the picture with one of the weaker features on “Woke Up” despite the piano instrumental & concept of what kind of man he wants to be today. The $uicideboy$ themselves make up for this on the tropical “Solutions” talking about using drugs to solve their problems while the song “Voodoo Walked” shoots for a more pillowy aesthetic bragging about the famous life.

The penultimate track “5 Ways” returns to a more quirkier yet bassy sound asking his opposition to choose 5 ways he can kill you & last but not at least, “Branzino” ends the album with some ghoulish trap talking about how he’s the type to pull up on you with the sticks.

Coming from someone who got introduced to Shakewell prior to his performance at the 20th annual Gathering of Juggalos the summer before COVID hit, I’ve been waiting eagerly for this full-length debut of his & it just goes to show that he fits right in with G*59. He comes through with some raw pen-game & the production is really interesting from the poppy & trappier cuts to the more hardcore & vintage west coast shit. 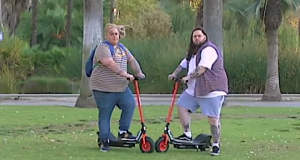