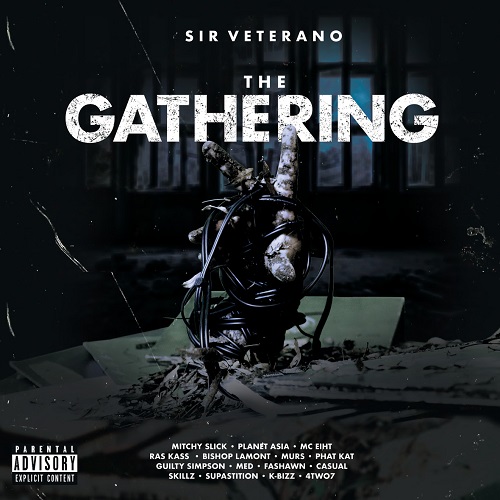 I feel like I’ve been buried in a coffin for the last decade and just woke up. Dug myself out of my music grave and started walking around. The Gathering is a summoning of old colleagues and Hip-Hop legends to come together and do the lyrical maiming they’re known for.” The Gathering is out now on Fresh Yard Records.