“Slept on by the City, Vol. II” Finds Killakwabo at His Hungriest (EP Review)

This is the latest EP from from Charlotte emcee Killakwabo. For the past 2 years now, the man has been solidifying himself in the underground whether it be for the more chilled out sound that he shoots for or projects like Slept on by the City or more recently Millionaire Mentality. But now, he’s seen fit to drop a sequel to Slept on by the City produced entirely by Obscure Planet.

The intro is a cloudy opener about smoking weed to get away from the pain whereas “Up Next” keeps the atmospheric vibes going declaring himself as such. Sir Loc tags along for the dreary “All Day” showing their love for Mary Jane yet again just before “Weekend” takes a more joyous route talking about a woman who wants to chill with him on the weekends. The song “Stomp” with Rashaddre finds the 2 over some cavernous production getting in their fighting bags while the penultimate track “The Man” reunites with Sir Loc over a tropical trap beat bragging about being them motherfuckers. “Out of My Face” closes out the EP by advising those who ain’t about the money to leave him alone over a glossy instrumental.

Now admittedly, I wasn’t familiar with this guy until his recent interview with the homie Cthree a few weeks back. That being said though, Slept on by the City 2 is an enjoyable sequel to the predecessor. Obscure Planet whips up some incredibly hazy production to spark a joint to & Killakwabo’s flow on top of it fits like a glove. 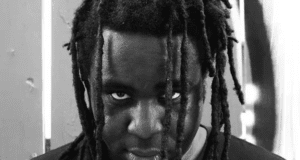