Known for his compelling razor-sharp rhyming ability, standout Brooklyn-based native Step is riding a huge wave right now as he released is new full-length album titled “Pure Intentions”. This project has 12 mind-blowing tracks, one by one, he steadily builds the connection between fan and artist on a super personal level. This album is full of mystery, him channeling his past and present, and balancing his rapidly growing career in todays hard enough watered-down industry. For being independent, much credit goes out to the production and engineering, its truly an Multi-layered project with provoking poetic tangents and reality stricken truth. Potentially the pivotal moment of Step‘s career.

Step’s by far a lyrical supreme, reminiscent to a J Cole, Kendrick and a bit of Lil Wayne, but he entertains with his unique approach and poetic story-telling and balance in his voice. The tone of his vocals provides depth to the story unfolding as he expresses the psychological effects that life bestowed upon him. Remarkable nonetheless, Step’s troubles are relatable to many of today’s youth and provides an answer on how to address the similar issues plaguing society.

Track 4 “Far Away” really struck a core in me, really being able to relate to this song with its dark thought-provoking beat with ultra serious lines. When “Geneva” hit, I instantly gravitated, loving dope braggadocious tracks, and I instantly added this track to my Spotify playlist to listen to it again. The tacks I feel are the stand outs are “Attached” and “The Moment”. Overall all this whole project is a solid listen from front to back, forgot to mention the track “Sparks”, with some of the dopest punchlines I’ve heard in a minute!

The album’s mystic develops a significant trend that will be adored in today’s climate of song structure. Its not to mainstream and not to underground, its just the perfect mix of both. Different, Step’s creativity and marketing of the project builds an aura around it that will gravitate any fan to take a listen and appreciate. Appealing at best, “Pure Intentions” is a noteworthy mention within the rising star’s catalog that will be discussed for years to come as the artist becomes a household name. Make sure to follow him on Instagram @flamezharden. 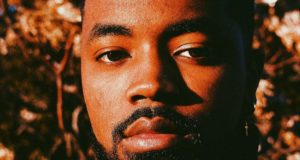