Supaman is an Apsáalooke emcee from Crow Agency, Montana known for founding the group Rezawrecktion, but broke out solo off Honest to God following their disbandment. Billy Ills has since followed it up with 4 more full-lengths but to celebrate the birthday of his son & Biggie Smalls, he’s celebrating by putting out his 5th album.

The opener “1 More” starts things off sampling one of my all-time favorite Goodie Mob songs “Cell Therapy” as Supaman spits some hardcore lyricism whereas the next track “I Hope You Know” goes full-blown indigenous from the production to Ashley Hall singing in Apsáalooke start to finish. After the “Stay Connected” skit, we get an electronic-influenced response to mass incarcerations with “Know Better Do Better” while the streams of consciousness continue on the boom bap-inflicted “Eclipse” featuring Saigon.

Meanwhile on “Alright”, we get a cheery anthem about making it through tough times kicked off with a sample of the iconic Bob Marley joint “3 Little Birds” just before  the rebellious fancy dancing tune that is “Ethnocide”. The song “Sonshine” is a wonderful tribute to Supaman’s kid & even though Mother’s Day was just a couple weeks ago, I think “Momma’s Prayers” does it’s job as an empowering theme for the holiday.

“Another Day” is a piano ballad about always being there whenever he’s needed while the Hanzo-featured “High” has a glistening backdrop with some handclaps as the pair talk about elevation. The penultimate track “I Find a Way to Eat” incorporates some horns with Kaboose tagging along to help disrespect their opposers & then the album ends with “Let ‘Em Go”, where Supaman jumps on top of some strings pleading to free the kids in cages.

This dude’s approach to making music has always been unique & Medicine Bundle is no exception to it. Probably his most personal body of work yet in my opinion. I really like the wide range of sounds he shoots for on the production end & he takes you through what’s been on his mind for the last 3 years. 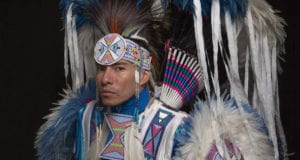 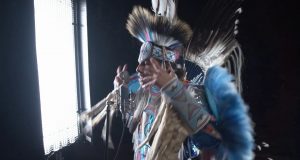