This is the 6th full-length album from Brooklyn veteran Cormega. Coming up as an original member of The Firm, he would depart from the supergroup right after being signed to Aftermath Entertainment & has gone onto release a handful of solo efforts including The Realness and Born & Raised. Last we heard from him was the solid STREETRUNNER-produced debut EP MEGA, but is now returning after 4 long years in the form of a sequel to The Realness.

“Once & For All” is a 2-minute boom bap opener produced by Domingo talking about being a legend spitting at an elite level whereas “Her Name” takes a symphonic yet dusty route calling someone who forgot where she came form. Nas tags along for The Alchemist-laced “Glorious” to talk about exceeding their dreams of better living, but then “The Saga Resumes” is basically a mature sequel to “The Saga” down to the Big Ty instrumental.

Meanwhile on “What’s Understood”, we have Mega over a rich beat that he & Sha Money XL helped put together explaining that the titular matter doesn’t need to be explained this day in age leading into Large Professor producing the piano/boom bap “Life & Rhymes” providing inspiring words of wisdom for everyone listening. Lloyd Banks comes into the picture for “Grand Scheme” talking about how the quality of life means nothing to death on top of a shimmering STREETRUNNER instrumental just before the cavernous “White Roses” recalls how notorious the way he used to live was.

“Essential” picks things up with a more symphonic flare thanks to Havoc dropping jewels while “This Life of Ours” works in an alluring vocal sample encouraging to remove weakness & acknowledge strength. “Age of Wisdom” goes a capella to reflect on his hustling days while the penultimate track “Paradise” with Havoc finds the 2 diving into soulful territory calling out those who fake until they make it. “Man vs. Myth” though finishes the album with a roomy Harry Fraud beat talking about how his name’s familiar where he’s from.

Although I’m more of a True Meaning guy personally, The Realness has always been my #2 & this is most definitely a sequel that lives up to the expectations of the classic full-length debut. The lyrics are incredibly introspective & the production is on par if not superior to the predecessor. If it takes us until 2026 for him to give us another project considering the fact that Mega Philosophy came out in 2014 & then MEGA in 2018, then I wouldn’t even be opposed. 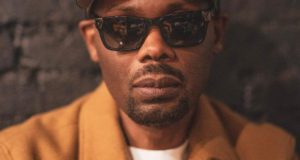 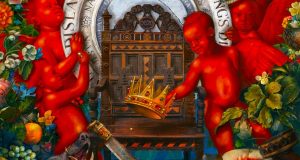 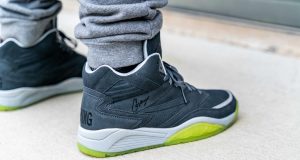