Thorobread – ‘Trust is a Luxury’ (EP)

Thorobread is an emerging artist from Toronto, Canada, with a very real story and is an emcee who has really lived his music. After a 6-year hiatus due to life challenges, Thorobread returned to releasing music and has reasserted himself in Toronto’s hip hop scene. Letting his supporters know he’s back and more focused than ever, Thorobread has released a steady string on singles that serve as street anthems reflective of his Finch West neighborhood.

Working with producers such as Jazzfeezy (Drake, TI), Snaz (Drake, DMX, Machine Gun Kelly), TroubleADX (Nav) and more, Thorobread has established a smooth sounding flow over some amazing instrumentals. With releases like “Need More” and “F the Politics” heating up, Thorobread’s latest release “Plaga” has been a stand out among fans. The record features Bronx artist Don Q.

The song (“Plaga”) has since been featured on Ebro’s Beats 1 Radio show as well as being featured on Spotify’s ‘Northern Bars’ playlist highlighting Canadian hip hop.

‘Trust Is A Luxury’ is a project that is truly reflective of the artist and his environment. Collaborating with great features, the project boosts Tory Lanez, who’s latest album “Memories Don’t Die” has been heating up the charts, as well as Floyd Mayweather-affiliated artist Friyie from Toronto and HBTL artist Don Q.

Speaking on what the EP’s release signifies for Thorobread and his career, he says.

“It’s been along time coming and now we’re finally here, “Trust Is A Luxury” is just one of many new projects to come. Trust when I say its not here to disappoint those who truly support and supported me through my trials and tribulations because it was those same ones that knew I was destined for this.”

Stream ‘Trust is a Luxury’ by Thorobread above, courtesy of Spotify. 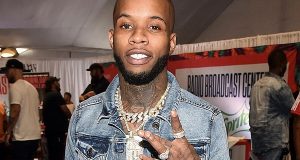 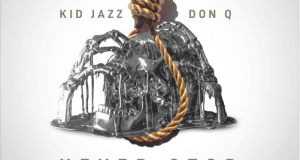