Trizz is a 30 year old MC from Los Angeles, California who first picked up a microphone at the age of 9. But it wasn’t until his late teens where he properly introduced himself to a wider audience in the form of his debut mixtape Suicide with No Note, which was followed up with New West & The Right to Bear Arms before being taken under the wing of Sacramento horrorcore veteran Brotha Lynch Hung by signing to Madesicc Muzicc for a brief period of time. He would later go on to drop 5 more tapes, 4 full-lengths, 5 EPs, 5 collab projects with Chuuwee, 1 with Flashy B & another with Sahtyre all within the last decade. But for his 5th album over here, he’s decided to bring in former Strange Music in-house producer Seven behind the boards from start to finish.

After the titular intro, “the inLAnd” kicks off the album with an incredible g-funk ode to Los Angeles whereas “Keep It a Buck” works in a trap instrumental with a weeping loop talking about being legit. “90210” comes through with a warm romance anthem with it’s acoustic instrumental & Bino Rideaux’s hook leading into the synth-funk “Shit Don’t Stop” flexing with an insane amount of charisma.

Meanwhile on “Summer Break”, we have Trizz delivering a mellow summertime bop just before “Tha Front Yard” brings back the g-funk talking about how people wanna be like him & the John Givez hook is pretty catchy. “Hollywood, Oh Hollywood” is a rich yet jazzy depiction of the titular city, but then “Red Headed Stepchild” kicks off with an eerie sample confessing he doesn’t even know how many time’s he’s been counted out.

T.F., IceColdBishop & Bale all come into the picture for “Bless the Dead” with it’s soulful boom bap beat opening up about seeing their deceased colleagues looking at the sky tonight while the song “Crashed” fuses trap with rock spit reflecting on a car accident that he got into back when he had nothing. The penultimate track “Had to Do It Myself” is of course a spacey ode to self-hustle & to round it all off XV tags along for the cloudy “On & On” talking about a walking a path that never ends.

As someone who’s been rocking with Trizz for about a decade now, this is his most well-rounded body of work to date & one of the best West Coast albums I’ve heard all year. He gets a lot of his chest detailing his life in the City of Angels as far as lyricism goes with Seven’s production being incredibly versatile pulling from g-funk, boom bap, rock, trap, synth-funk & jazz rap. 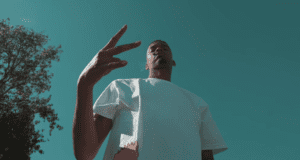 L.A. & Kansas City Collide With “Keep It A Buck” By Trizz And Producer Mike Summers 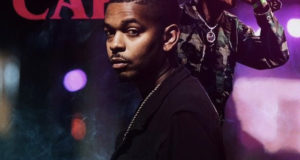 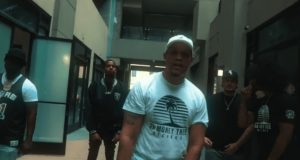