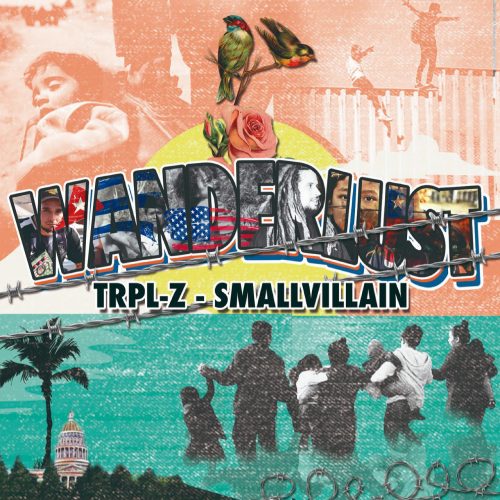 TRPL-Z is a Miami, FL based lyricist and SmallVillain is a Beatmaker from Chile and these guys recently teamed up to bring us “Wanderlust”. This is a 12 track album coming in at exactly 40 minutes and 40 seconds and featuring Ian Gahona, Douglass & NCS Aravena. I’ll be honest, it’s worth the 40 minutes. But let’s get into it.

“Get down” is a stand out. Jazzy production from SmallVillain that forces you to bop your head. Ian Gahona delivers a funky and mad catchy hook while TRPL-Z brings the bars, the flows and a brilliant cadence. The signature grit gives his verses the kind of presence that can be felt through your speakers. These three made a hit with this one.

“Pied Piper” is the 6th track on this album and in terms of song placement, it’s perfect. SmallVillain and Z are both more than warmed up, bringing the heat with the production and the vocals. Another ‘best of’ performance from Z as he rides the melodic keys and dynamic percussion with ease. Flows for days and rhyme schemes to match a couple legends. Top that all of with a clean hook and this is a vibe.

“Tired Again” is another dope track. SmallVillain cooks up some more Jazzy vibes with some nicely executed sample based production. Z consistently blesses the beat with a stack of hard hitting bars. This is a solid track about what life can really be like for many. Z is such a wordsmith and he proves it by painting pictures all over this song with his lyricism but more than that, he makes you feel it too. This song adds some nice depth to the project as a whole.

This album is a very well put together body of work! Z is such a force and SmallVillain’s production is the perfect compliment to his style. Some honourable mentions are “Live On”,  “Cocinando” and “Hearts Outro”. Take some time to check the album out and follow TRPL-Zon Instagram: @trpl_z666 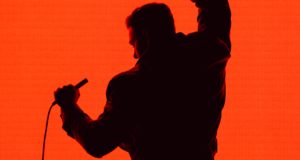