Ty Farris is a veteran MC from Detroit, Michigan who came up under the name T-Flame. After landing features on a lot of projects throughout the mid-2000s, it wasn’t until the very end of the decade where he started to put out solo stuff at a prolific rate from Tyrant to Room 39. He just dropped his 3rd EP Moments of Mayhem back in March produced entirely by Italy’s very own Slim One & followed it up over the summer with his 7th album Fluorescent Mud produced by Sebb Bash but is looking to end the year in the form of his 8th album.

“Don’t Poke the Bear” opens the album a flute-tinged boom bap instrumental advising not to disturb him whereas the title track goes into more chipmunk soul territory talking about being designed for this shit & the fact that he remains undefeated. “Aged Wine” works in yet another vocal loop letting y’all know you catch him at a round table sipping the finest of the titular alcoholic beverages just before Asun Eastwood tags along for the raw “Black & Brown Spoons” taking you through the minds of 2 men who have nothing to lose. Continuing from there with “No Balance to Greatness”, we have Ty on top of a crooning soul sample talking about paying a steep price to be on the position that he’s in today leading into “5 Figures in the Bank Account” has a more calmer vibe to the beat flexing his wealth.

“Fools in the Fold” is a synth/boom bap hybrid produced by Stu Bangas has talking about being married to the game like Stephanie McMahon making it my favorite on the album & after the “Vince McMahon Speaks” interlude appropriately enough, the song “Klitschko Fist” has a more drumless approach acknowledging the fact that he created a new wave in the 313. The penultimate track “Every Night’s a Test” flips “I Love You More & More” By Tom Brock reminiscing on the reckless times when he rides through & “Die on My Feet” is a incredibly woozy closer courtesy of Trox confessing that he’s searching his soul to find his peace.

Of the 3 projects that Ty has given us this year, you can’t really go wrong with either one because dude managed to go on a 3-peat here. The production teeters between drumless & boom bap as the hard-working Detroit veteran continues to drop the insane quotables that we all come to know & love him for. I already know that the 5th & final installment of the No Cosign, Just Cocaine series is gonna be something truly special. 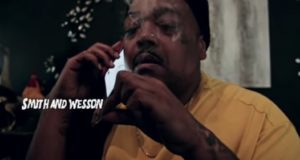 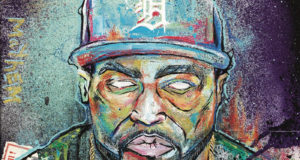