This is the 10th mixtape from Detroit emcee Ty Farris. Starting out under the name T-Flame, he was featured on a lot of projects throughout the mid-2000’s until the very end of the decade where he started to put out solo stuff at a prolific rate from Tyrantto Room 39. But with his profile continually increasing within the last year or so & dropping Practice Raps back in January, he’s rounding out the year with the 4th installment of his famous No Cosign, Just Cocaine series bringing along a notable cast of guests & producers for the ride.

“Slow Down” kicks the tape off with a synth heavy instrumental from Bozack Morris talking about being here for a reason whereas “Off With They Heads” goes into a boom bappier direction with the help of Wavy da Ghawd spitting that battle rap shit. “You Should Be a Shame” talks down on those mad at him over a darker beat from Black Milk leading into Big Twins tagging along for the wavily-produced “Over” talking about their upbringings.

Meanwhile on “Scary Times”, we have Substance810 alongside Dango Forlaine & Mickey Diamond joining forces for aggressively boasting their lyrical prowesses just before “Brands of High Quality” weaves in a cinematic Big Ghost Ltd. instrumental rightfully saying anything with their names on it is the shit. Stu Bangas’ production on “The Sicilian Defense” kinda gives me old school Wu-Tang vibes comparing life to chess, but then “Suffer” takes a soulful route talking about watching people in his life suffer in front of him. UFO Fev comes into the picture for the demented “Back Blocks” produced by Finn speaking on being products of such whereas “Anonymous Millionaire” leisurely talks about wanting to become one.

Vanderslice laces in some violins for Ty & Bub Rock on “Who Really Got Ya Back?” looking back on friends becoming enemies while the song “Run Through My Mind” with eLZhi is a calmer cut talking about them sitting on the porch with their thoughts. The penultimate track “Deemed Us Useless” finds Nicholas Craven behind the boards to spit some food for thought over a drumless sample & the Apollo Brown-produced “This is For All of Y’all” finishes the tape by giving flowers to his supporters.

Ty’s been one of the illest MCs to come out of this reviewer’s hometown for a while now, but goddamn has he leveled up so much on here. He drops some of the wittiest bars of his career throughout, the features all come correct & the production is just absolutely superb. 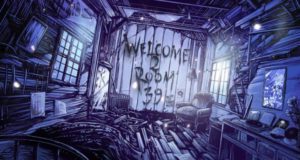 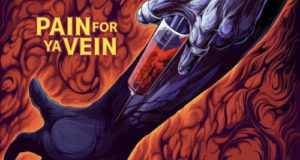