It would have been hard for Westside Gunn to top the year he had in 2020.  The multi-hyphenate artist/label owner/creative/curator/fashion icon not only released his two most critically acclaimed and commercially successful projects (Pray For Paris and his Shady Records debut Who Made The Sunshine), but he also had his hands in executive producing Griselda’s unrelenting and masterful takeover of 2020; including Benny The Butcher’s Burden Of Proof, Conway The Machine’s From King To A God, Boldy James’ The Versace Tape and Armani Caesar’s The Liz.

Just when you think this cutting edge collective may have reached its ceiling, the juggernaut known as Griselda (GXFR) Records reveals in flipping the script and refuses to take their foot off of the music industry’s collective neck(s).

This summer alone, Westside Gunn’s influence and impact has been omnipresent.  From opening up a brick and mortar location for his Buffalo Kids boutique in his hometown of Buffalo (with plans on expansion), to hosting a live in-store art show with Dave East at Buffalo Kids to unveil the original painting/artwork for Dave’s collaborative project, Hoffa, with Harry Fraud, to executive producing and appearing on Mach Hommy’s Pray For Haiti album (which is already being mentioned as an AOTY candidate), making Tyler, The Creator want to rap again on Call Me If You Get Lost (YOU’RE WELCOME!), and collaborating with Travis Scott for a new song, “Lost Forever,” which was premiered at the Dior fashion show in Paris.  Griselda was also bestowed the honor of having their contribution, “Hood Blues,” selected as the lead-single for DMX’s posthumous album Exodus.  Did we forget to mention that Gunn will also be appearing on Kanye West’s DONDA album?

While Westside Gunn’s influence on the culture undoubtedly looms ever so large, he will cap off 2021 with his new masterpiece, #HWH8: Sincerely Adolf, an ambitious double-album which will serve as the final tape(s) to his influential Hitler Wears Hermes series.

The second installment of Westside Gunn’s double-album Sincerely Adolf #HWH8 Vol. 2 will be released on 9-3-21; on the eve of his and Griselda’s performance at the ‘Made In America’ festival (curated by Jay-Z) in Philadelphia on 9-4-21.

Since 2019, August 28th has been designated as “Westside Gunn Day” in Buffalo, NY.  This year, WSG carries on tradition with his annual back-to-school giveaway. To sweeten the day for Buffalo’s youth, Westside Gunn will up the ante by creating a vibrant art space for all youth ages 3-16, with a series of sip-n-paint events.  The back-to-school activities will be held at the Walden Galleria Mall.

You can now purchase and stream Westside Gunn’s#HWH8: Sincerely Adolf Vol. 1 at your preferred DSP. 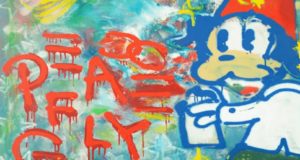 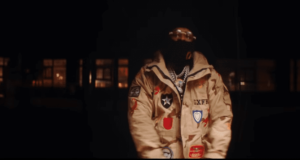 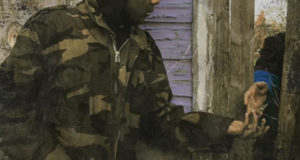 Griselda Gets Together for the Facemelter ”John Woo Flick”