Wiked Wood is a horrorcore duo from Atlantic City, New Jersey consisting of Cray-Z & Grave-Bait. The pair first emerged in the spring of 2013 off their full-length debut Red Carpet, which was followed on Halloween 2016 with their sophomore effort Dubs Up & then their debut EP Simulated Reality a week before Christmas couple years back. However with them making their 2nd consecutive appearance at the Gathering of the Juggalos next week, they’re dropping off an eponymous 3rd album for all of those who’re new to their music.

After the intro, the opener “Gotta Keep It Wiked” is a spooky boom bap opener produced by Devereaux to my surprise taking about remaining true to their horrorcore roots whereas “Spaceship” comes through with a Tech N9ne-inspired party anthem. “Petrified” shoots for a more futuristic approach to boast leading into the guitar-driven “Icarus” to talk about the minor character in Greek mythology not flying close to the sun with a cool “legends never die” line during the hook.

Meanwhile on “New Shit”, we have Lyte & Project Born joining Wiked Wood over a piano-laced instrumental to show their haters how they’re doing leading into Bernz & Ouija Macc tagging along for the nocturnal “Neck of the Woodz” to talk about being good with them as long as you pat your respects to them. “Spell It Wrong” works in some bells thanks to Shaggytheairhead saying they don’t need no fuckin’ C, but then “You Better Run” puts an EDM spin on the fucking Halloween theme to spit the wiked shit.

Blahzay Roze comes into the picture for the acoustic-flavored “Tomorrow” talking about scars healing & carrying on while the Androponix remix of “Paper” just seems a little pointless in my personal opinion. After the “Free Wawa Gift Card” skit, “What You Think’s Real” is a rap rock banger with both MCs gruesomely talking about certain interactions. being capable of shattering your mind while the “O.W.T.H. (Off With The Head)” remix being superior to the original. The penultimate song “See Me Shine” calls out those who wanted them to fail over a sunny beat & after the “Tom Wood Please” skit, “This is a Tribute” happens to be an odd choice for a closer as it’s an EDM-influenced juggalo ode.

I was pretty impressed with Wiked Wood’s set at last year’s Gathering, so it definitely made me curious to hear a full-length of theirs & I happen to think that it’s their most consistent body of work to date. Their lyricism has gotten better & do a solid job at refining their style for all of those who’re new to them. 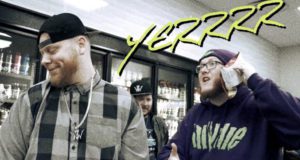 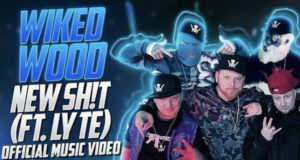 Wiked Wood & Lyte Drop Some ”New Sh!t” to Start Off Your Week 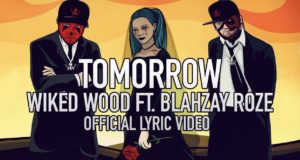