Wiki is a 27 year old rapper, songwriter & producer from New York City who came up a decade ago as part of the trio Ratking. Following their disbandment in 2016, he’s made a pretty successful solo career of himself with his first 2 full-lengths No Mountains in Manhattan & OOFIE. He just dropped the NAH-produced Telephoneboothback in the spring & to kick off the fall, Wiki is bringing in Navy Blue to produce his 4th album from front to back.

“Not Today” starts off with a misty piano loop talking about how he “can’t let it end this way”, but then “Roof” works in a more calmer sample speaking on turned his roof into his private quarters. “Remarkably” takes a boom bap turn flexing his lyrical prowess leading into Navy Blue actually hopping onto the mic for the soulful “Can’t Do This Alone” to help say they gonna ride or die for the game.

Meanwhile for “Never Fall Off”, we have Wiki on top of a psychedelic guitar instrumental saying he’ll forever be on top just before “Drug Supplier” with Jesse James Solomon brings in an orchestral loop telling the story of a pusher. “Wik da God” gets back on the bravado tip over a more haunting instrumental whereas “Ego Death” brings in a hypnotic vocal sample encourage listeners to free themselves.

“The Business” charmingly follows it up by telling listeners to get with the program while “Home” starts off with the sounds of cars passing by, but transitions into something more lavish talking about being in his element. Earl Sweatshirt tags along for the harmonious “All I Need” talking about life & what comes with it, but then Remy Banks jumping on top of a slick guitar lead to talk about the world knowing them for “Gas Face”.

MIKE comes into the picture for the slick “Promised” cryptically providing introspection while the song “New Truths” is a boom bap heater talking about hip hop’s effect on him throughout his life. The penultimate track “Still Here” looks back on his youth over a dusty yet lush beat & finally, “Grape Soda” rounds it out with some vocal harmonies in the background talking about better days.

Coming from someone who’s been following Wiki for a few years at this point, he’s been one of those artists where he gets better with time & solidifies that on Half God. Outside of a couple lackluster features, I feel like it contains some of his best songwriting to date & Navy Blue’s production is incredibly detailed. 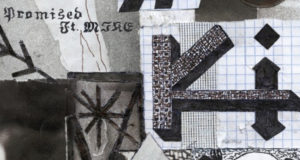 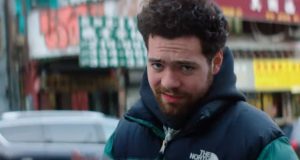