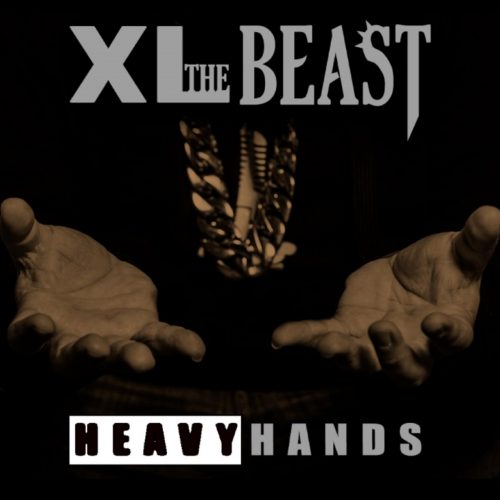 XL the Beast is a 47 year old MC from Boston, Massachusetts who was formerly apart of a local group called The Kreators. However after dropping a slew of singles, he’s finally ready to unleash his full-length solo debut to the masses that has been in the making for almost 15 years.

“Reawakening” is ass-kicking opener from the rock-influenced production from The Arcitype to XL’s threatening lyricism whereas the Skyzoo-assisted “The World Today” gets on the conscious side of things on top of a horn-inflicted boom bap instrumental from Shuko. We get a surprise appearance from Heltah Skeltah on the roomy & appropriately titled “Credibility” just before fellow Boston native Slaine helps get on the introspective tip for the glistening “Wreckage of My Past”.

Meanwhile, we get an emotional look at a fraction of the man he used to be on the downhearted “Choices” before angrily getting in his shit-talking bag for “Apocalypse”. The organ-loop on “Sucker Punch” is a nice touch as REKS & Rock come into talk about throwing their opponents off guard & even though “Dead Ends” has my favorite hook on the album, the Moe Pope feature is just ok.

The song “Desolation” jumps on top of a spine-tingling instrumental to talk about feeling barren just before Shabaam Sahdeeq accompanies XL for “Fan of the Week”, where both parties talk about bringing the smoke. “Distorted Facts” has a sporadic feel to it sonically as Vice Versah & Moroney come in to address themselves as sick fucks with twisted thoughts while Domingo brings in some guitars for the braggadocious “$100 Bill”.

“Paper Champions” with Esoteric & Checkmark is of course a symphonic battle rap cut while XL & Big Shug talk about getting it in on the dusty “Writer’s Block”. The penultimate track “The Rain” gets romantic on top of a piano & a flute, but then the closer “See You Again” with G-Squared is a touching tribute to their homie Big Juan.

Coming away from Heavy Hands, I’m pretty impressed with it. The features are either hit or miss (for me personally anyway), but the diversity of it is very admirable & I feel like you get a good look at who XL is both artistically & personally.

Tagged with: XL the Beast 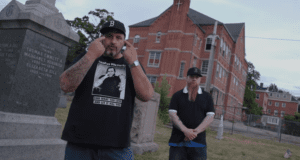